Atlanta seems to have avoided winter this year. We've had no snow, no days where we needed more than a mid-weight jacket, and only a few light frosts. Last winter, by contrast, we had a six-inch snow and a light ice storm. This week it's in the '80s—record temps for this time of year. This moderating effect is, most likely, due to La Niña which augurs a dry, perhaps droughtful, summer.

If you don't live here, you've probably never experienced Green Week. It has nothing to do, by the way, with skipping a week of work and staying stoned the whole time. It has everything to do with pollen. According to the AJC, not only have we had record temperatures:

Atlanta's [pollen] count early Monday of 8,164 particles of pollen per cubic meter of air was more than a third higher than the previous record of 6,013, set on April 12, 1999, according to the Atlanta Allergy and Asthma Clinic, which tracks the misery level of the city's allergy sufferers.
The major pollens present Monday were oak, pine, mulberry, sycamore, sweet gum and birch.

Green Week arrived about two weeks early this year, as have the azaleas and pretty much everything else. They usually happen in tandem over Spring Break—the first week of April. It's a safe bet they're icing down the roots of the azaleas at Augusta National to hold back the blooms for Masters time.

You can tell which cars in ATL are garaged and which aren't. Here's the roof my car (a VW), for example. It's black. The first pic was taken after leaving it outside a couple days. The second after washing, an hour later in the same spot. That greenish/yellowish fine particulate matter is what gives the week its name. And if you look closely, you can see that it's already starting to come back after an hour. It's pernicious. 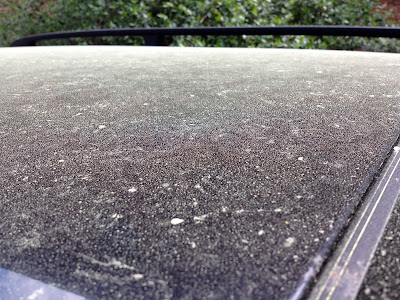 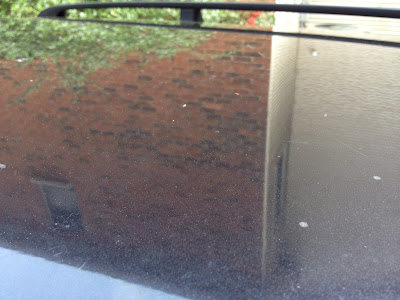 Here's another pic of the hood from another angle: 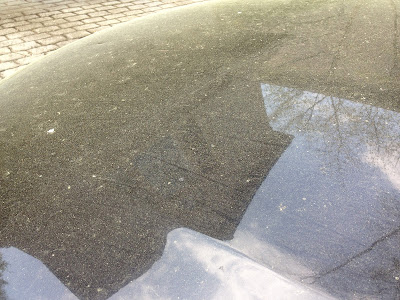 ---------
Other things to do in ATL besides breathing that shit in and complaining about the weather: catch an early morning fish (pic) at the Atlanta Fish Market (Yum!, btw): 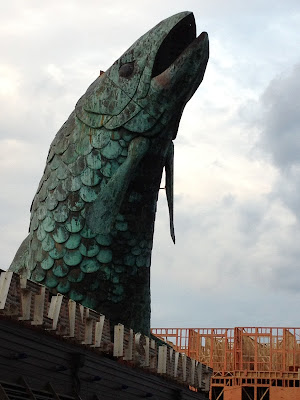 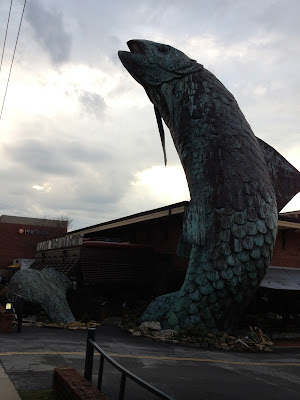 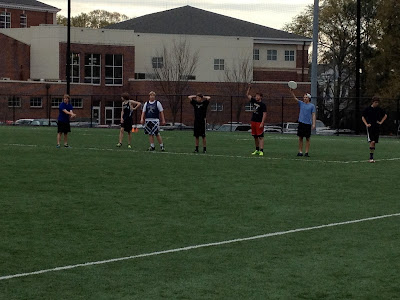 There was very little in the way of rain and snow in eastern West Va., either. Probably going to be a similar drought situation.
~

Do you folk have the pollen snow?

@RG: Whew, contact high just from listening to that. In that (phantasy) land, the higher the pollen count the better, no?

Not so much here, Jim. We have big trees and not so much in the way of flowery undergrowth.

A lot of the ashes are being killed by some effin' beetle.
~