This is the last batch of Mono Lake photos I'll post. I may post some others from my trip way out west, but I took them with my iPhone camera and the resolution is not as crisp. Enjoy.

As always, click pic to embiggen slide show or right click to open an enlargeable, downloadable pic in a separate window.

Oh, and you might not be surprised to learn that the artwork of at least one Yes album (from the '70s, yo!) and one Pink Floyd album were inspired by the scenes at Mono Lake. Mountains come out of the sky, and they stand there 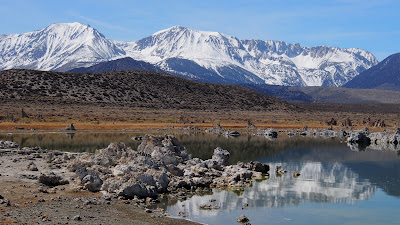 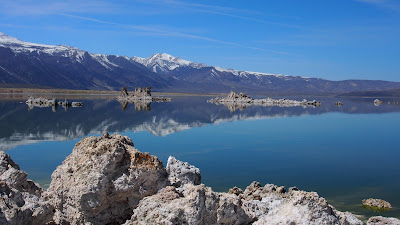 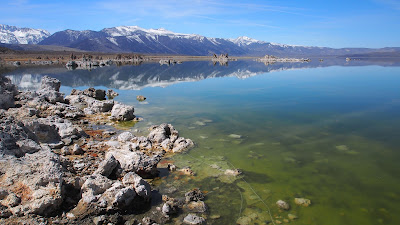 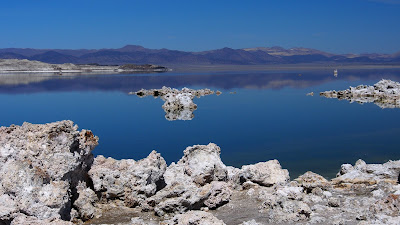 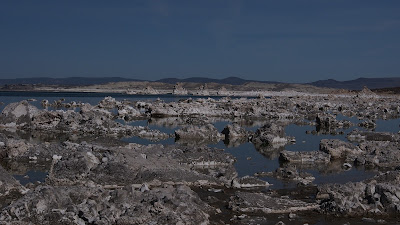 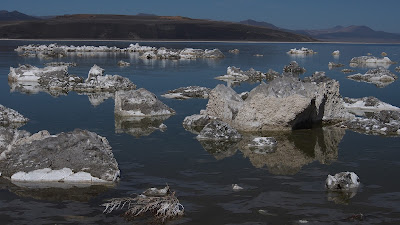 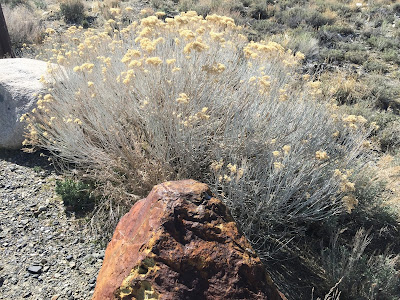 More photographs from my visit to that picturesque, high desert oasis by the Inyo National Forest called Mono Lake for you to enjoy. There is just so much happening in each shot, and the character and color of the water seems to change by the moment.

But first, true story: the other night I was scrolling through the movie channels on my electric teevee machine, and my eye alighted on the opening of Clint Eastwood's 'High Plains Drifter', and I was like "Wha?" And sure shootin', it was filmed almost entirely at Mono Lake. Fortuity? Serendipity? Who knows. Naturally, I couldn't NOT watch. 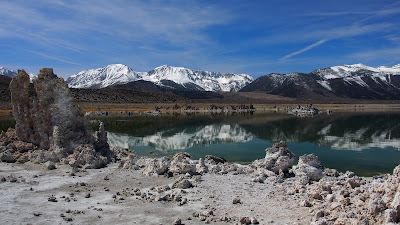 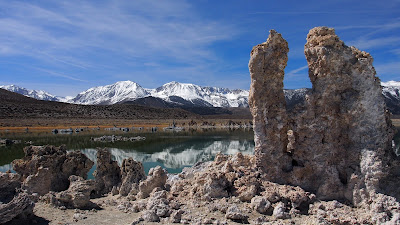 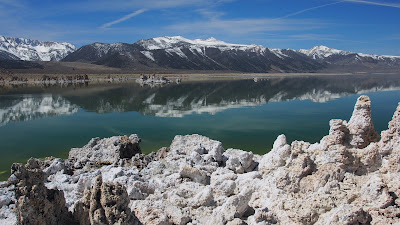 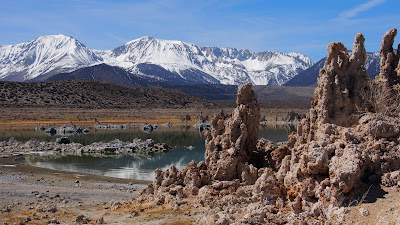 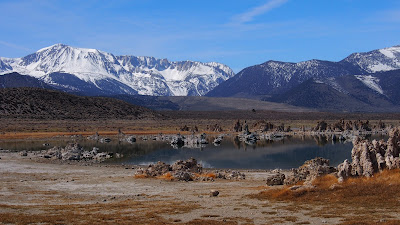 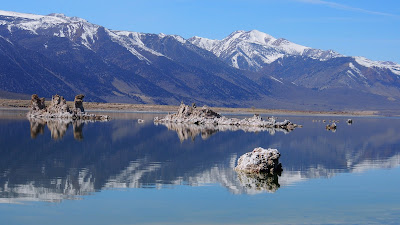 As promised, more photos from my shoot at Mono Lake (as always, click to embiggen slideshow, right click for expandable, downloadable page): 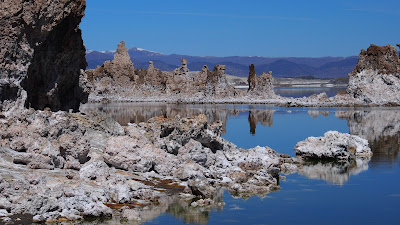 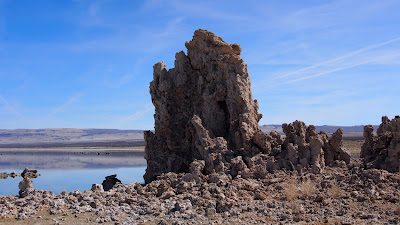 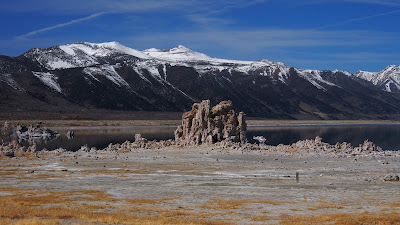 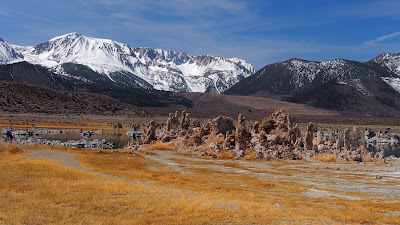 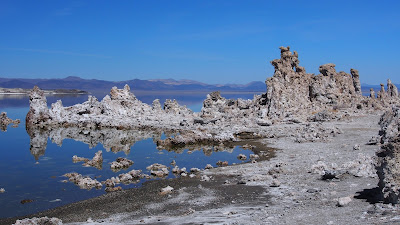 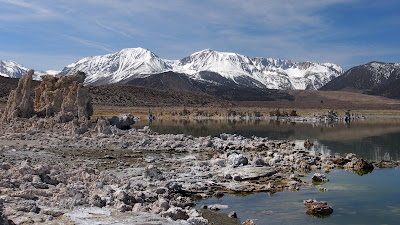 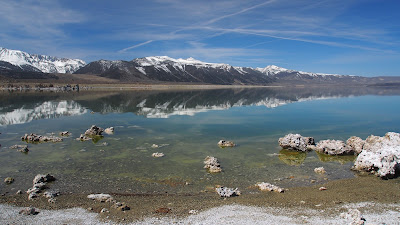 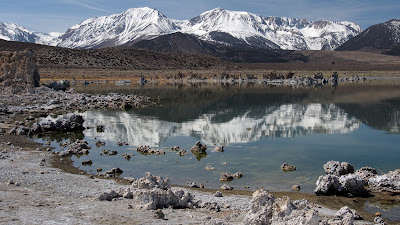 I apologize if some seem repetitious, but lighting, line, color, shape, texture, form, or pattern seemed to change almost by the moment. Enjoy!

FYI: I have new lockscreens on my iPhone and a new desktop on my iMac now!
Posted by Jim H. at 15:44 1 comment:

This is not really a new #ThisWeekInWater, but it sorta' is.

Sometimes you get lucky. We all know people who are photogenic. They may look undistinguished in real life, but when you see them in a photograph they look amazing. There are also places that are photogenic, and I stumbled on one of them last week.

A little backstory: A couple weeks back, Wisdoc & I went with our neighbors, Chris & Ginger, to the Booth Western Art Museum in Cartersville, GA, to see a terrific photography exhibition entitled "Ansel Adams: Before & After." There, I saw some striking photographs of a place I'd never heard of called Mono Lake (Wikipedia article here) and wondered where it was.

The next weekend, Wisdoc & I flew out to the Left Coast to take Wisdaughter skiing for Spring Break at Mammoth Lakes, California. As long-time readers may recall, last year, while skiing at Deer Valley, Utah, I fell, hit my head, and nearly wrecked my shoulder. This year I decided to treat the time as a writer's retreat. (And yes, if you're interested, I managed to get some good work done.) But when I began studying the map of the Eastern Sierras and Yosemite and the Owens Valley, I discovered that Mono Lake was only about a half-hour drive from Mammoth. So I borrowed Wisdoc's pretty good digital camera and decided to make a day of it.

The result? Several posts worth of photographs. The thing is, when reviewing them, there was hardly a bad shot in the hundreds I took. And, for the most part, it had nothing to do with my own skills at framing and shooting. This place just happens to be one of the most photogenic places on earth. I mean it! If you love to take pictures, grab yourself a decent camera and go to Mono Lake. (Heck, some of my faves I took with my paltry iPhone camera). You'll start thinking you're not a rank amateur shutterbug.

Prepare to be wowed! (or not). Here's the first batch. 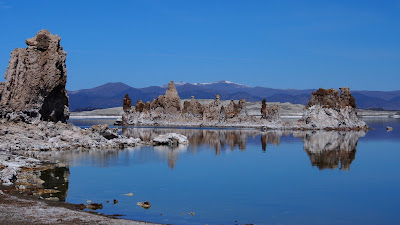 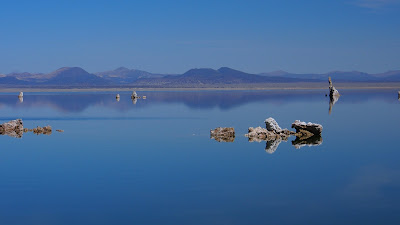 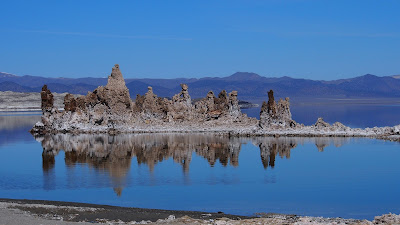 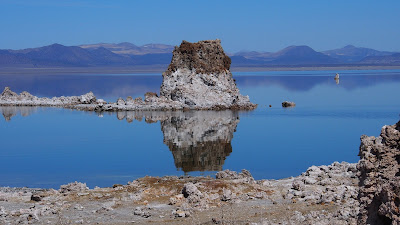 Oh, Jim H., what further and on-going depredations of our planet's most precious resource will you aggregate (much to our general annoyance) this week?

Seas have been rising faster the last century than at any time in the past 2800 years, much of it due to global warming.

Cyclone Winston, the worst storm ever recorded in the southern hemisphere, left tens of thousands homeless in Fiji.

El Niño storms have brought billions of gallons of water into California's parched reservoirs. Snowfall in the Sierras is way above average.

Coral reef islands provide hospitable habitats for phytoplankton production and thus for healthy ecosystems in otherwise barren oceans. Some fear coral may not survive into the next century. Excess acidity in the oceans is warping the skeletons and bleaching young coral, a result of carbon dioxide emissions.

They had to truck in snow for the ceremonial start of this year's Iditarod sled-dog race in Alaska.

Radiation from Japanese nuclear reactor Fukushima has now contaminated as much as one-third of the world's oceans.

After Flint, water testing methods are coming under increasing scrutiny.

U.S. tech leaders are calling for a comprehensive innovative strategy to map a secure water future for the country and the world.

Iraq's largest dam is at risk of bursting, threatening millions of people around Mosul downstream.

Is China building a powerful radar on a disputed island in the South China Sea?

@FloridaMan: A scuba diver survived after apparently being sucked into a nuclear power plant intake pipe in South Florida.

Giant, and I do mean GIANT, waves shut down a 12-mile stretch of the Kamehameha Highway on the North Shore of Oahu. Who would want to go there, you might well ask? Well, Eddie Would Go! And, indeed, Eddie Aikau went. And so did his 66 year old brother Clyde. [Full Disclosure: That's one of my favorite beaches in the world. In summer, the water is as calm as a lake. You can stand in the water up to your neck and never get any up your nose. Oh, and the water's so clear you can count your toes 5' below the surface. Babies play in the gently lapping waves. Not winter!]