There is simply too much to see and to do in Paris. Hundreds of museums, marvelous parks, great restaurants and shopping, shows, etc. But if you're going there and you have to limit yourself to only a few things, I suggest you make a visit to the catacombs one of them. Though it's off the beaten tourist track, we waited two hours to get in, because they only let in a trickle of visitors at a time. 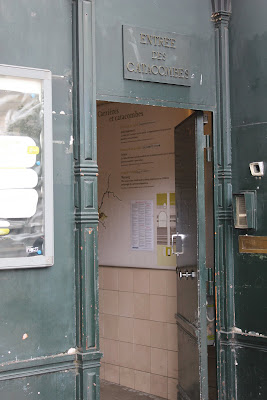 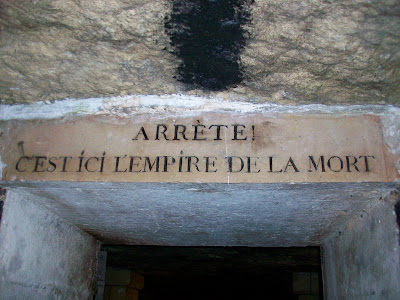 Prior to the Revolution and due to overcrowding and disease, the graveyards of Paris had to be cleared. The remains were carried in formal processions to this former stone quarry some 200 feet beneath the streets of Paris and ceremonially interred. Today, the bones of some six million Parisians are located here. If the ghosts of Natzweiler-Struthof were as yet unpropitiated, the ghosts here seem to have found peace. 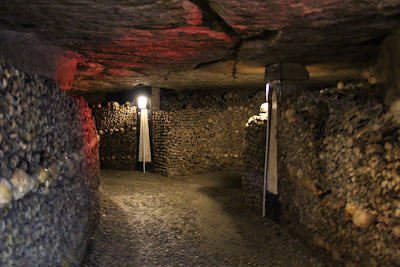 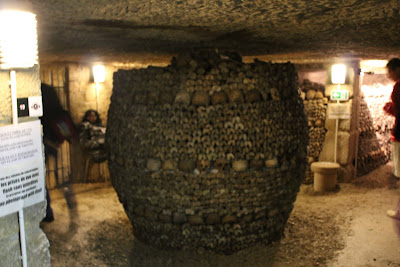 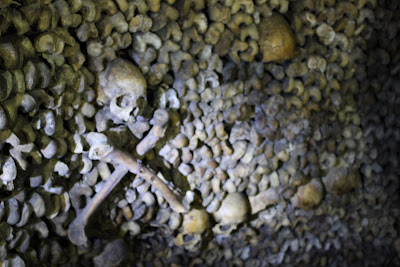 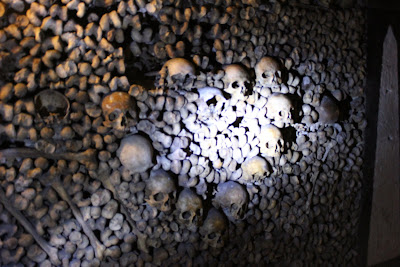 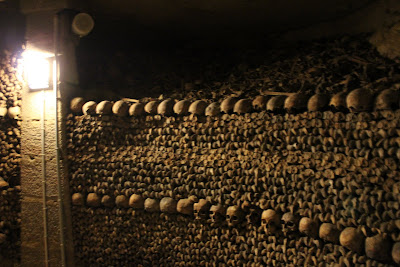 God is not the maker of death: 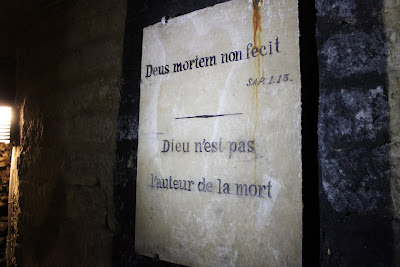 It was the evil of the devil which brought death into the world: 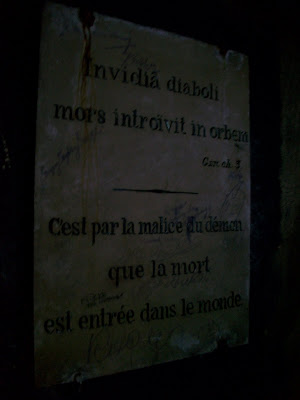 Don't just take my word for it, it's endorsed by Space Invader (him again): 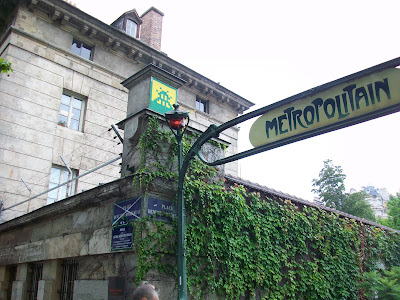 After a hard day's sightseeing underground, I could sure use a beer to drink it all in. How about Cafe Hell: 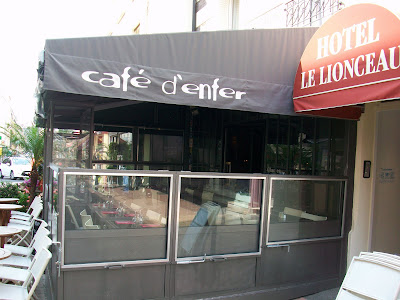 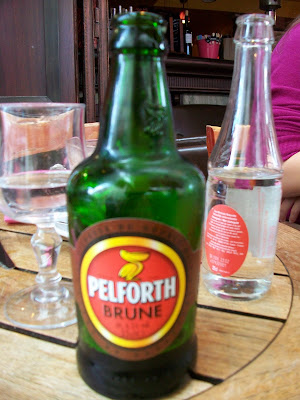 Maybe you may want to add a twitter button to your site. I just marked down the site, although I had to complete it by hand. Just my $.02 :)

The catacombs, Père Lachaise, city of light my ass. Heh.

Cheers, mate! See you in Hell. We'll have a beer.