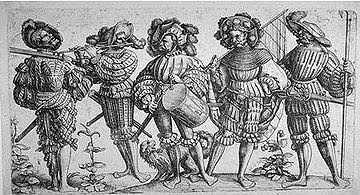 This is the continuation of my look at Elias Canetti's monumental novel Auto-da-Fé. If you click here, you will find the previous posts in this series (plus this one and any that come after). As always in blogland, they scroll from the bottom of the page upward.

I left off in the midst of looking at the major characters in the book. Sorry for the interruption.

Benedikt Pfaff, the brutish caretaker of Kien's apartment building, is a former policeman who, in the past, abused his wife and daughter literally to death. This is all in his backstory told in excruciating detail in Part Three, Chapter 1, "The Kind Father", but Canetti constantly references it to show how Pfaff's conscience haunts him throughout.


"From beggars and hawkers No. 24 Ehrlich Strasse had for many years been free. The caretaker, in his little box adjoining the entrance hall lay in wait day after day, ready to spring upon any passing derelict. People who counted on alms from this house held in mortal terror the oval peep-hole at the usual height, under which was written PORTER. Passing it, they stooped low, as if bowing down in gratitude, for some particularly charitable gift. Their caution was vain. The caretaker troubled himself not at all about the ordinary peep-hole. He had seen them long before they crouched past it. He had his own tried and tested method. A retired policeman, he was sly and indispensable. He did indeed see them through a peep-hole but not the one against which they were on their guard.

Two feet from the floor he had bored in the wall of his little box a second peep-hole. Here, where no one suspected him, he kept watch, kneeling. The world for him consisted of trousers and skirts. He was well acquainted with all those worn in the house itself; aliens he graded according to their cut, value or distinction. He had grown as expert in this as he had been in former times over arrests. He seldom erred. When a suspect came in view, he reached out, still kneeling, with his short, stout arm for the door latch; another idea of his—it was fixed on upside down. The fury with which he leapt to his feet opened it. The he rushed bellowing at the suspect and beat him within an inch of his life. On the first of every month, when his pension came, he allowed everyone free passage. Interested persons were well aware of this, and descended in swarms on the inmates of No. 24 Ehrlich Strasse, starved of beggars for a full month. Stragglers on the second and third days occasionally slipped through, or were at least not so painfully dealt with. From the fourth onwards only the very green tried their luck." (85)

Kien, after once being mistaken for a vagrant and nearly beaten to a pulp, tames the caretaker by giving him a monthly gratuity "larger than the tips of all the other tenants put together." He enlists Pfaff to help him throw out all the furniture with which Therese has cluttered up his library. Pfaff remains loyal to Kien—so long as the money keeps coming in. He visits Kien when he is sick and protects him from Therese's rages. Kien hallucinates, imagining Pfaff as a contemporary landsknecht. This delusion of peasant nobility, as so many others, abides.

After Therese exiles Kien from his library, the next time we see Pfaff, he is accompanying her to the pawn shop (the Theresianum) to try to wring some money from Kien's library to which both feel they are due. As they say in Hollywood, they "meet cute"—NOT. Therese is incensed that Kien has no money, and now that he's abandoned her (meaning, now that she's run him off), she's not sure what to do. Pfaff, likewise, is incensed because Kien, the "Professor", is late with his tip. Pfaff accosts Therese as she returns from yet another awkward, delusional encounter with the furniture salesman and asks her where Kien has gone. Therese is inarticulate, and Pfaff thinks she's killed the goose that laid his golden eggs. He storms up to the flat, searches it, tosses Kien's desk, and throws books to the ground in a rage. Therese brings over a ladder to help replace them:


"Her successful day moved her to sway her hips. With one hand the caretaker handed her the books, with the other he went for her and pinched her violently in the thigh. Her mouth watered. She was the first woman whom he had won by his method of wooing. All the others he had simply assaulted. Therese breathed to herself: There's a man! Again please. Aloud she said, bashfully: 'More!' He gave her a second pile of books and pinched her with equal violence on the left. Her mouth overflowed. Then it occurred to her that such things aren't done. She screamed and threw herself off the steps into his arms. He simply let her fall to the ground, broke open the starched skirt and had her.

When he got up, he said: 'That'll learn him, the old skeleton!' Therese sobbed: 'Excuse me, I belong to you now!' She had found a man. She had no intention of letting him go. He answered 'Shurrup!' and that very night moved into the flat. During the day he stayed at his post. At night he advised her, in bed. Little by little he learnt what had really happened, and ordered her unobtrusively to pawn the books before her husband came back. He would keep half the proceeds as his due." (280-81)

During the melee at the pawn shop, where Kien is trying to ransom books others are trying to pawn, Pfaff arrests Kien, beating up both Kien and Therese in the process. Eventually the police show up and subdue the maniacal Pfaff and bring Kien, Therese, and Pfaff down to the police station. All the while, Pfaff fears they want to question him for the disappearance of his wife and 'beloved' daughter—whom, we are told, he had abused mercilessly and killed ("He polished his red-haired fists on his daughter with real pleasure, he made less use of his wife. … [h]is wife died, of overstrain. … On the day after [her] funeral his honeymoon began. More undisturbed than before, he treated his daughter as he pleased." (367-68) He even puts the young girl through an unholy catechism:


"'A father has a right to…' '…the love of his child.' Loud and toneless, as though she were at school, she completed his sentences, but she felt very low.

'For getting married my daughter…' —he held out his arm—'…has no time.'

'If my daughter isn't obedient she gets…' '…thrashed.'

After they return from the police station, Pfaff locks Kien up in his closet and returns upstairs to Therese in the flat. Kien watches the shoes and trousers that Pfaff normally observes through the lower peep-hole. Pfaff manages to extract even more money from Kien, forcing him to pay for food. When Therese appears with his dinner, Kien still believes himself to be hallucinating, puts on a blindfold and cuts off his finger, then kills Pfaffs beloved canaries—which, by the way, are the same color blue as Therese's iconic starched skirt. Pfaff does not get the chance to punish Kien because Kien's brother Georg shows up to save the day—sort of.

Georg sees through Pfaff's bluster, divines his guilt, manages to wring a confession out of him by pretending to be the chief of police from Paris, and drives him off with threats and bribery.


"Benedikt Pfaff, the stalwart ginger-headed tough, contracted his muscles, knelt down, folded his hands and implored the Head of the Police [whom he believes Georg to be] for forgiveness. His daughter had been ill, she would have died of her own accord anyway, he begged leave to recommend himself, and asked not to be sent away from his job. A man had nothing in the world except his peep-hole. … Pfaff promised to redeem all the books he had pawned, in person, on the following morning. He was, however, to leave the house. At the far end of town, close to the dairy shop bought for the woman, he was to be set up in the animal business." (454)

Not at all a satisfactory comeuppance for this thug.

[FN: A quick interpretive note: I'm trying to steer clear of interpretations here, but this one deserves a note mainly because so many readers of Auto-da-Fé find Canetti to be sympathetic of Georg, Kien's psychologist brother. One of the clear targets of Canetti's satire is the doctrinaire Freudianism of the day. One of the scandals of Freud's psychoanalytic theory relates to his theories of female hysteria and the so-called Electra complex. He derived these by discounting the testimonies of his neurotic female patients w/r/t to their abuse, physical and sexual, by their fathers. Simplistically stated, Freud attributed these to their repressed fantasies of being in love with their fathers—oh, and to their discovery that they lacked penises. Canetti here is viciously skewering Freud, in fact the very assumption on which much of his psychoanalytic theory of neurosis is founded: Pfaff's abuse of his daughter is very real and graphically drawn. And her fantasies of escape, however neurotic and projective, have nothing to do with either her lack of a penis or her love for her father.]