I take no joy in the death of any man.

On May 1, 2011, nearly ten full years after the destruction of the World Trade Center in NYC on September 11, 2001, by suiciders who had commandeered passenger airliners, President Barack Hussein Obama announced the death of Usama bin Laden, the leader of an underground paramilitary group which overtly declared war on the United States and its people for their complicity in occupying traditional Caliphate territories and which has been widely credited with carrying out these attacks.

bin Laden's announced strategy was "to bleed America bankrupt." He predicted that a few strategically targeted, high-profile attacks on American assets would provoke an over-reaction on our high-strung, hyper-militaristic leadership. He was right. In an earlier post, I called this a "blunderbuss" response.

President George W. Bush and his administration lost focus on, al Qaeda, the perpetrators of the 9-11 atrocity, early on. Here is Bush at a press conference not six months later:

And, not surprisingly, the Bush/Cheney/Rumsfeld junta failed to capture bin Laden, despite their blustering promise to get him "dead or alive." They managed to capture and very publicly kill another Arab/Muslim leader Saddam Hussein, the autocratic ruler of Iraq, and his two sons, who had nothing to do with the attacks on American soil. But that was something they'd pretty much planned to do anyway.

Shortly after taking over the Constitutional role of civilian Commander-in-Chief of U.S. armed forces, Obama re-tasked the vast war machine and state-security apparatus Golem roused to life by Bush with the explicit purpose of tracking down and killing bin Laden. This day marks a successful pinnacle of that strategy.

We may have moral qualms about purposing our warriors to assassinate individual persons, but bin Laden was an avowed enemy combatant. He understood the risks of his action. But for incompetence, there was no other outcome. "He who lives by the sword..."

Many in America and around the world are cheering this action much the way they cheer on their favorite football team. Sports, with their sublimation of violent opposition, condition us to respond in precisely this manner: "Our team won a great victory today. Rah! Rah!" I cannot say this isn't a genuine feeling on their part. Frankly, it isn't that much different than Achilles dragging the body of Hector around the walls of Troy to the glorious shouts of his men. 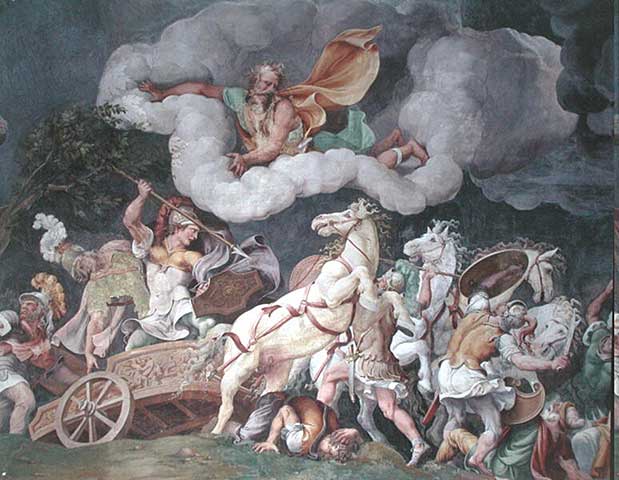 Yet, it isn't my feeling.

Like Homer's Odysseus, we are a war-weary nation (though, by all rights, no "war" has Constitutionally been declared by Congress). Our economy is the proof: we cannot sustain sufficient growth to create the level of employment we had before 9-11 or to pay off the enormous burden of debt this precipitous turn to militarism has imposed upon us. In this sense, bin Laden was successful. We have exhausted our resources—material and spiritual—in pursuit of the Procrustean target Bush called "terror". And we are paying the price for that now.

I am tired of this "war", and I welcome the death of bin Laden as, hopefully, the beginning of its end. I supported Obama's Afghan "surge" initially, because I believed it was a necessary tack to wind down our involvement there. The death of bin Laden is clearly its first fruit. C'est la guerre.

As part of his surge strategy, Obama has planned to begin the drawdown of troops from Afghanistan this summer. I urge the President to stay true to his vision: bring home the troops. End our occupations. Repurpose our economy to productivity instead of destructivity.