Ur-story: Strawberry Fields for a While 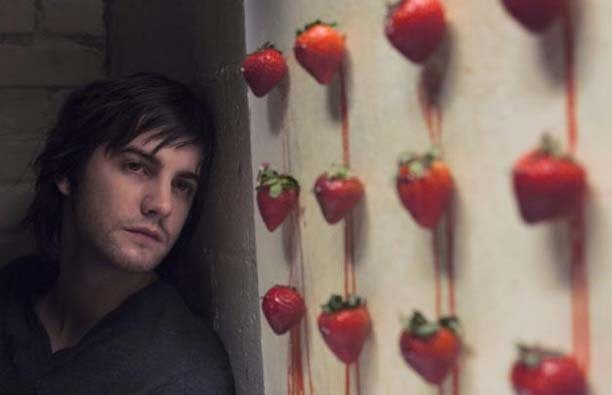 I have a confession to make. Before the holidays, I read a novella I picked up at my local second-hand bookstore and planned to post a brief review of it. Last week, I started my review, thinking it would be a fairly quick and easy post, and soon found myself stymied. Reading back through the book brought out new layers of meaning, and what I once thought was a simple, little book took on a whole new aspect. I couldn't do justice to this book in a single post.

The book? The Hour of the Star by Clarice Lispector (trans. Giovanni Pontiero) (1977).

This is a beautiful, surprising little book. Here's how it begins (sort of):

Let no one be mistaken. I only achieve simplicity with enormous effort.

So long as I have questions to which there are no answers, I shall go on writing. How does one start at the beginning, if things happen before they actually happen? If before the pre-prehistory there already existed apocalyptic monsters? If this history does not exist, it will come to exist. To think is an act. To feel is a fact. Put the two together—it is me who is writing what I am writing. God is the world. The truth is always some inner power without explanation. The more genuine part of my life is unrecognizable, extremely intimate and impossible to define. My heart has shed every desire and reduced itself to one final or initial beat. The toothache that passes through this narrative has given me a sharp twinge right in the mouth. I break out into a strident, high-pitched, syncopated melody. It is the sound of my own pain, of someone who carries this world where there is so little happiness. Happiness? I have never come across a more foolish word, invented by all those unfortunate girls from north-eastern Brazil." (11-12)

And here's how it ends:

"Should God descend on earth one day there would be a great silence.

The silence is such, that thought no longer thinks.

Was the ending of my story as grand as you expected? Dying, Macabea became air. Vigorous air? I cannot say. She died instantaneously. An instant is that particle of time in which the tyre of a car going at full speed touches the ground, touches it no longer, then touches it again. Etc., etc., etc. At heart, Macabea was little better than a music box sadly out of tune.

—What is the weight of light?

And now—now it only remains for me to light a cigarette and go home. Dear God, only now am I remembering that people die. Does that include me?

Does this pique our interest? Does this pertain precisely to what we've been calling the Ur-story? Yes and yes.

The main character, as it were, is named Macabea. She is an imagined girl from the impoverished, rural northeastern coastal region of Brazil. The narrator, who calls himself Rodrigo S.M., invents the story of her squalid life around the face of such a girl he sees one day in the streets of Rio de Janeiro. He claims authority to indulge in this fantasy because he, too, is from that region and because he knows "about certain things simply by living. Anyone who lives, knows, even without knowing that he or she knows." (13) He feels it is his "duty, however unrewarding, to confront her with her own existence." (13) Lispector (who apparently also grew up in that region) uses Rodrigo, a male persona, to tell this story because, as he tells us, "what I am writing could be written by another. Another writer, of course, but it would have to be a man for a woman would weep her heart out." (14)

Identity, authenticity, and authority are problematized from the get-go. The simple tale of an otherwise anonymous girl's brute existence is, though clearly at the heart of the tale, not the essence of the story—no matter what Rodrigo claims. Sympathy, or any sort of sentimentality, is not on the plate, for it tends to obscure the truth the writing is seeking to convey. The text seems to be telling us how to read it—though we are in no wise so obligated.

"Remember that, no matter what I write, my basic material is the word. So this story will consists of words that form phrases from which there emanates a secret meaning that exceeds both words and phrases. Like every writer, I am clearly tempted to use succulent terms: I have at my command magnificent adjectives, robust nouns, and verbs so agile that they glide through the atmosphere as they move into action. For surely words are actions? Yet I have no intention of adorning the word, for were I to touch the girl's bread, that bread would turn to gold—and the girl (she is nineteen years old) the girl would be unable to bite into it, and consequently die of hunger." (15)

Reality itself is likewise implicated.

The first question we are led to ask then: Who is this novel really about? Macabea, Rodrigo, or Lispector. In the usual case, we might ignore the author in attempting to analyze the book, but Lispector specifically injects her authorial self into the novel. She begins the text with "The Author's Dedication (alias Clarice Lispector)" In this introit, she cites the sources of her inspiration (mostly musical, but clearly implicating Macabea or any of the thousands of similarly-situated, anonymous girls from the sticks teeming the slums of Rio), asserting "What troubles my existence is writing." The next page lists a number of other titles for the book—each of which captures a crucial aspect of the text. Tellingly, Lispector's own cursive signature appears in their midst: "Clarice Lispector" is necessarily, then, a character present by virtue of her absence,

Macabea, the ostensible protagonist, is barely more sophisticated than an animal—merely existing, barely conscious of her self: she is human degree zero. Her diet consists of hot dogs and Coca-Cola; she has never tasted spaghetti and meatballs or a beer. Rodrigo takes it as his purpose to confront her with her own life. He is the bringer of consciousness: a Prometheus. This device, the construction of an 'other' is not new.

"But the idea of transcending my own limits suddenly appealed to me. This happened when I decided to write about reality, since reality exceeds me. Whatever one understands by reality." (17)

Rodrigo is Lispector's Nick Carraway, though with a modicum of imagination and practically no empathy. Macabea is his (anti-)Gatsby. Which is all fine for Rodrigo, but here certain recorded facts of Lispector's own life are mirrored in those of the fictional Macabea. Macabea represents the poor girls Lispector apparently grew up with and presents a generalized vision of their fortunes in the slums of Rio. Perhaps she sympathizes with their plight. Perhaps she identifies with them. It does not matter. But, assuming so, it would be safe to assert that she uses the device of Rodrigo as an alter ego to turn the mechanism of fiction on some aspect of herself, i.e., to catch an objective glimpse of herself, yet another alter ego. This is all very interesting, but doesn't really tell us much. It is tautological.

Rodrigo arrogates to himself the right to speak for Macabea. This has long been the privilege of the writer, the intellectual, the bourgeois over the peasant. The man over the woman. Yet, because of the dual, mirroring relationships of the triad, Lispector turns the table and has Rodrigo speaking both for her and of her at once, yet at one fictional remove. (more to follow)
Posted by Jim H. at 14:49

Email ThisBlogThis!Share to TwitterShare to FacebookShare to Pinterest
Labels: Clarice Lispector, The Hour of the Star, Ur-story