Are We Not Men? 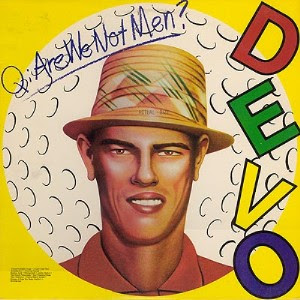 Know then thyself, presume not God to scan;
The proper study of Mankind is Man.
Alexander Pope, An Essay on Man, Epistle II, ll. 1-2 (1733)

Stanley Fish, in his usually brilliant blog, Think Again, hits pretty close to home with this post. According to Fish—as with Alexander Pope—the proper study of Humankind is Humanity.

I am a full-bore humanist in his sense. I graduated college with a double major in Philosophy and English, and a double minor in Classics and History. I have graduate degrees in Theology and Philosophy. I terminated my Philosophy work with an M.A. when I realized how peripatetic the life of an academic truly could be. I would have no real control over where I lived, taking whatever adjunct positions I could until I managed to land a tenure-track spot at whatever backwater U. This felt like the beginnings of what Fish is lamenting.

There is a benefit to a humanities education, however indirect. Granted, a terminal undergrad humanities major does not translate directly into a professional career. Understanding human nature, learning to think, learning to feel: these by-products of reading, say, Milton and Herodotus, Wittgenstein and Beckett, and Protagoras and Pope (for that matter) are not negligible. Navigating the seas of humanity is not an M.B.A. skill. Not even a PoliSci or Econ skill, as much as their proponents would have you believe.

My humanities background translated into a pretty fair law school app. Because of my training in logic, I scored in the 98th percentile on the LSAT's—way better than my SAT's, by way of contrast. Frankly, law school was a breeze after Philosophy grad school—law review editor, honors, multiple job offers from top NYC firms, etc., all while holding down at least one job and finishing my M.A. thesis (on inter alia Barthes's S/Z). And certain areas of the practice of law—research, analytical reading, reasoning from facts and principles and rules, rhetoric, argument—came easily as well. Understanding people—their motivations, foibles, and deviances— played a big role also. I always recommend Philosophy to kids who know they want to go to law school. I do not always recommend the practice of law, though, and I'll go into the reasons for that another time.

[My wife translated a Philosophy and Music double major, filled out with the requisite pre-Med science courses, into a successful medical school app. And there are others.]

There's a long list of blogs I follow with some regularity. For the most part, they are non-corporate and non-professional. All are humanistic—broadly conceived, whether their proponents would agree or not. For this reason I commend them to you. As the humanist aspect of education wanes, the conversation of humanity is continuing on in the blogosphere. Click, comment.

Here they are (in no particular order):

Maybe you'll make two, since you're on mine already.

Anyone wanting a case study on power and human nature could do worse than studying the dances of blogrolling.

That's one of the reasons I haven't created a roll. Don't want to offend anyone. Don't want to piss anybody off who's listed me—quid pro quo—or might. Don't want to list someone who turns out to be, I don't know, icky. Fear of rejection. Don't want to spend time and energy wondering why I'm being shunned. Too lazy to do maintenance on the sidebars. Just want to focus on my writing.

But, on the other hand, want other bloggers to blogroll me. Want to get that warm, fuzzy blogland community feeling. Want to be noticed. Want traffic. Want affirmation. Want an audience. Want to be read. Want to make a, ahem, difference.

All that, I'm sure, and more. Whatevs.

Of course the education doesn’t have to be formal, in fact I think it is often better when it is informal, recommendations and discussions between friends and even opponents. Thus the links here are helpful, and after all this is also the web, but working out criteria for inclusion/exclusion in a roll can be exhausting.... Possibly best just to include a few links in the roll and make more within the blogs, so the relevance of the link is comprehensible to the reader... as yours are here... although I'm probably also one of those (and I'd say there are a few) who wouldn't use the term humanist to describe themselves.... although I can also see what you're getting at. Man is the measure of all things? No, I am!

You might enjoy reading The Wooden Spoon: http://danpritch.blogspot.com. I just sent off a list of posts on the Ur-theme to folks in the program for which I work, http://bu.edu/core/courses -- you can see how your meditation on the 'great works' was exciting to read.

Thanks for the nod to Dan Pritchard's blog. I'd alighted on it on occasion before but never bookmarked it. I have now.

Any critical input you or your 'folks' might have are welcome. I guess the central question I'm posing in the Ur-themed posts has to do with what works qualify as 'great' and why.

Dan often takes up themes that I'd say are right in line with your cultural and literary interests. I had a great time this weekend going through your Ur-story posts. I think you are on to something when you say a common element is the experience of loss -- I don't know of any great works that don't broach this topic. While I'm recommending, I'll also direct your attention to http://criticalflame.org.