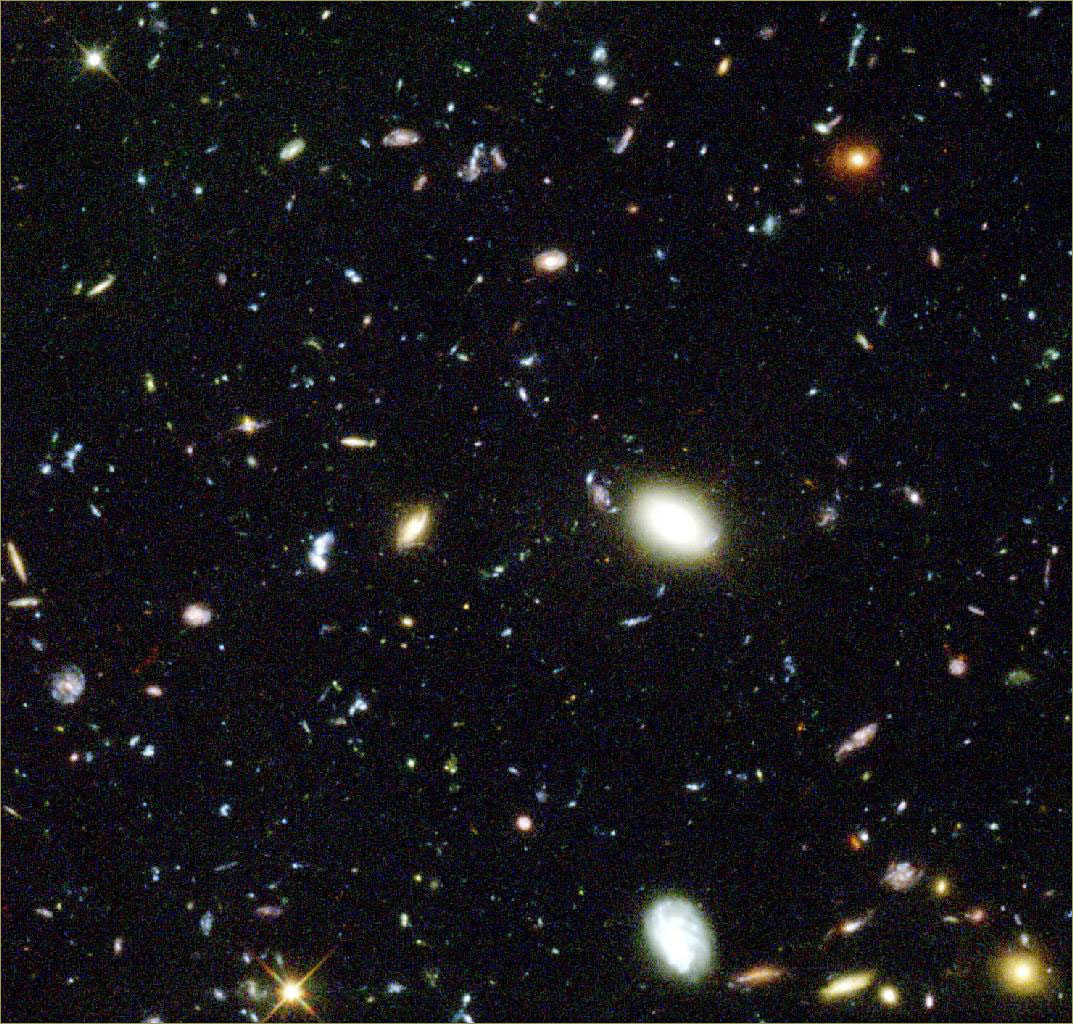 This picture from the Hubble Deep Field has been called the most important image in human history. You can play around with it here. Or here.

At year's end, we get a lot of 'best of' lists. I've compiled a few on the science/technology front. It's important—perhaps even wise—to pay attention to advances and discoveries in the sciences even if you are not a scientist. I'm not, but this stuff fascinates me no end. Important as well is to communicate scientific issues in understandable terms.

Here are the top 100 science news stories according to Discover magazine.

Here, according to National Geographic magazine, are the top ten archaeology finds of 2008. Archaeology Magazine has a different list.

Here is Cosmos Magazine's top ten news stories of 2008. The New Scientist lists its top ten articles about Cosmology. Tool around on their site; they have year-end reviews in other areas as well.

Generally: Here's USA Today's look back at the year in science. This is Science A GoGo's list of most interesting science news stories.

On a forward-looking note, here's Technology Review's look at ten emerging technologies. And, last but certainly not least, from The Edge.org's world question center is the Edge's annual question for this year, with answers aplenty: "WHAT WILL CHANGE EVERYTHING? What game-changing scientific ideas and developments do you expect to live to see?" Lots of good, interesting, important information here.

Email ThisBlogThis!Share to TwitterShare to FacebookShare to Pinterest
Labels: Science

Wow all I can say is that you are a great writer! Where can I contact you if I want to hire you?