More Stuff I Don't Understand—Like Everything 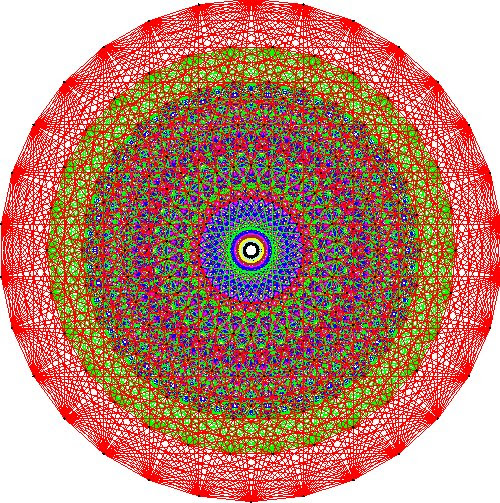 You can play around with the E8 image here. It's a PDF. This is an explanation of the image. Here's another.

I don't think they drew that thing with this:

So, some 'surfer dude' named Garrett Lisi comes up with a real simple theory of everything based on the E8 projection above. Here's a copy of his paper. The beauty of it is that the CERN Large Hadron Collider particle accelerator might (or might not) produce some of the elementary particles his theory predicts once they get that thing back up online, assuming the whole planet isn't sucked into a black hole. Testability: that's the key. If you want to play around with your own elementary particles, look no further.

Here's my stupid/ignorant/amateur question: If everything's so symmetrical, why does time appear to move only in one direction?

Speaking of CERN, here're some more people who look like they want to blow the world up with a "laser".