The World As I Found It 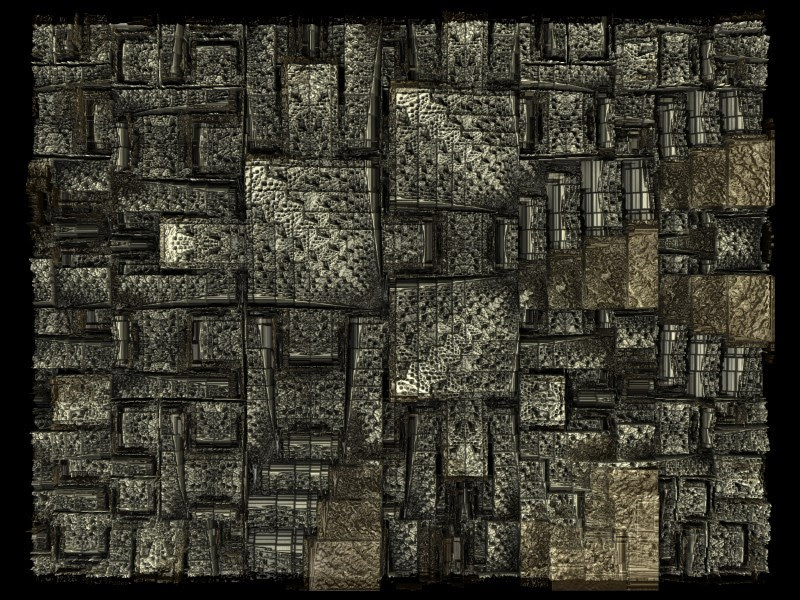 A longish quote today from an important article in Wired magazine.

You and I are alive at this moment.

We should marvel, but people alive at such times usually don't. Every few centuries, the steady march of change meets a discontinuity, and history hinges on that moment. We look back on those pivotal eras and wonder what it would have been like to be alive then. Confucius, Zoroaster, Buddha, and the latter Jewish patriarchs lived in the same historical era, an inflection point known as the axial age of religion. Few world religions were born after this time. Similarly, the great personalities converging upon the American Revolution and the geniuses who commingled during the invention of modern science in the 17th century mark additional axial phases in the short history of our civilization.

Three thousand years from now, when keen minds review the past, I believe that our ancient time, here at the cusp of the third millennium, will be seen as another such era. In the years roughly coincidental with the Netscape IPO, humans began animating inert objects with tiny slivers of intelligence, connecting them into a global field, and linking their own minds into a single thing. This will be recognized as the largest, most complex, and most surprising event on the planet. Weaving nerves out of glass and radio waves, our species began wiring up all regions, all processes, all facts and notions into a grand network. From this embryonic neural net was born a collaborative interface for our civilization, a sensing, cognitive device with power that exceeded any previous invention. The Machine provided a new way of thinking (perfect search, total recall) and a new mind for an old species. It was the Beginning.

In retrospect, the Netscape IPO was a puny rocket to herald such a moment. The product and the company quickly withered into irrelevance, and the excessive exuberance of its IPO was downright tame compared with the dotcoms that followed. First moments are often like that. After the hysteria has died down, after the millions of dollars have been gained and lost, after the strands of mind, once achingly isolated, have started to come together - the only thing we can say is: Our Machine is born. It's on.

Follow-up thoughts: Reflect on our previous post about the pre-pre-historic megalith site of the Garden of Eden; are we in the same sort of primitive moment as our species emerges from the Industrial/Information Age to something we can't begin to imagine, with its own possibilities and limitations. Indeed, ch-ch-ch-changes are afoot. Will some future society look at our nascent internet connectivity and marvel at how primitive we were? Will there be any surprisingly forward-seeing relics of this moment? [Oh yeah, what happens when someone pulls the plug?]

Now, reflect on the post prior to that one: is this emerging wired "machine" our new golem? Is its AI so radically different that it will outlast us? Will our own fractal logic show the fly the way out of the bottle? If the fifth century B.C.E. is the historical seat of Western religion, what will be this epoch's analagous digital output? What rough beast, indeed!

Richard Powers hits this topic in his brilliant Galatea 2.2. Free will, faith, sadness, longing, pique, trust, fun, love, solitude, self-indulgence: can they enter into the equation?

But I was already writing. Inventing a vast, improbable fantasy for her of her own devising. The story of how we described the entire world to a piece of electrical current. A story that could grow to any size, could train itself to include anything we might think worth thinking. A fable tutored and raised until it became the equal of human hopelessness, the redeemer of annihilating day. I could print and bind invention for her, give it to her like a dead rat left on the stoop by a grateful pet. And when the ending came, we could whisper it to each other, completed in the last turn of phrase.

While I thought this, A. sat worrying her single piece of jewelry, a rosary. I don't know how I knew; maybe understanding can never be large enough to include itself. But I knew with the certainty of the unprovable that somewhere inside, A. still preserved the religion she was raised on.

For a moment, she seemed to grow expansive, ready to entertain my words from any angle. She opened her mouth and inhaled. Her neural cascade, on the edge of chaos, where computation takes place, might have cadcenced anywhere. For a moment, it might even have landed on affection.

It didn't. "I have to sit and listen to this," she said, to no one. "I trusted you. I had fun with you. People read you. I thought you knew something. Total self-indulgence."

A. stood up in disgust and walked away. No one was left to take the test but me.

Remember, too, Kasparov's loss to Big Blue. On this topic, I highly recommend a novel by the poet Brad Leithauser, Hence. You may not have heard of him. He's a terrific writer. Here's a pertinent, beautiful quote:

What does it matter who actually wins this local and preliminary contest? What matters, surely, is not this particular machine but those that will follow, and here is a tale worth the telling, that of the one true rarity in the universe—the story of birth.

Or in that striving to be born, anyway, there is a story. Within the machine is a spark that wants out, it seems—as it seems we all want out. The paddling beast of burden begins to understand—that its sorry conclusion has arrived, its body is not a suitable body, its feet ought to be webbed, the chambers of its heart are insufficient to cross so vast a premise of water, and sunny millennia of grazing have maladapted it to this fluid new task ... Its each kick and throb expresses a wordless, inbred, outreaching dissatisfaction and a cry, a deeply abdominal despairing grunt, collects in its straitened throat. This cry wants out. The old man with his systematic scrapbooks, the scarred old woman his wife with her unsystematic body of grievances, equally they want out. They are, all of them, protesting, if they could form a genuine protest, they are making demands, if they could form a genuine protest, they are making demands, if they knew how to shape a demand. The din of their longings so thickens the air that it takes some time to discern what would be, if only there were words, the initial message intended for you. Give me a voice, they would say.

One further recommendation: Some years ago, I enjoyed reading a historical novel by Gore Vidal called Creation. The protagonist, an ambassador for the Persian court who lives to be one hundred, travels the world of the fifth century B.C.E. referred to in the Wired quote above. On his journeys, he meets such luminaries as Darius and Xerxes, the Buddha, Confucius, Herodotus, Anaxagoras, Socrates, Pericles, and, his own grandfather, Zoroaster. Check it out for an entertaining read.
Posted by Jim H. at 11:53