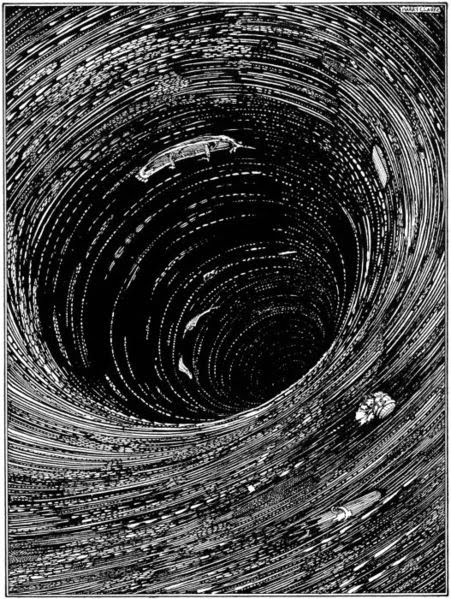 By and large and for the most part, I eschew naked references in my fiction—allusion, on the other hand, abounds. But in one chapter I've been revising, I go all out. I thought I'd quote a few paragraphs from roughly the midpoint of the book, tongue firmly planted in cheek. Enjoy or destroy:


This night there were cocktails and crackers before the premiere of a one-man performance of a piece, and I guess that really is the only word for it, called "Dying Acts". It was rumored a critic from the Times or at least the Voice would be here. I knocked back a quick bourbon and got a refill before the bartender closed up the till and headed back to man the lighting console. I felt the familiar sting in my nostrils, and a pleasing dizziness settled in a coil at the back of my brain as the lights went down. The performer, Jimmy Hargitay, was known to Nina from the off-off-Broadway and indie-movie crowd. I had no evidence he and Nina were anything other than collaborators. Not that it mattered. Nina did what she wanted and was, by breeding, discreet.

I followed her up five flights of a dingy stairwell. At the top we were buzzed through a heavy steel door into the 'theater'. It had been a warehouse or an old manufacturing loft once—an expanse of unpolished wooden floors, dusty red brick walls, and exposed, unpainted steel girders and beams supporting a dark concrete ceiling. In the middle of the room sat a make-shift, semi-circular, wooden platform backdropped by a scrim of television sets and video and movie screens set at various heights and angles. An amphitheater of metal folding chairs on temporary risers rimmed the stage. I was prepared for the worst.

At these events of Nina's, I'd seen women in black leather harnesses and white lace tutus bathe in a bin of honey then roll around on a stage covered in sand and sawdust and ashes to the trance-like beat of what might well have been a techno version of "Swan Lake"; I'd cringed at the piercing sulfuric stench of a man burning off braided strands of his knee-length red beard while reciting from The Cantos of Ezra Pound ("There is a wine-red glow in the shallows,/ a tin flash in the sun-dazzle.") and The Maximus Poems of Charles Olson ("It was fishing was first.") and, apparently, one of his own poetic ravings A Belcher's Odes ("we eat/ we love/ we love/ to eat/ until/ we're done/ or 'til/ it's gone"); and I'd sat through the full five acts of Macbeth recited without blocking on a bare stage by seven men clad only in body paint and loin-cloths and ancient pig and dog masks, grunting and barking where the director obviously felt the script called for emphasis. Nina supported the arts, produced these things. It was indeed what she did. But tonight I merely wanted to be amused. TV would have done. Or even some quality time among my own dreams.

Nina and I were the last to find our reserved seats down front. The house lights dimmed. The hundred or so members of the audience hushed. A solitary spot shone on Hargitay standing upstage left holding a wooden oar in his arms. He began:

...and turning our stern toward morning, our bow toward night,
we bore southwest out of the world of man;
we made wings of our oars for our fool's flight.

That night we raised the other pole ahead
with all its stars, and ours had so declined
it did not rise out of its ocean bed.

Five times since we had dipped our bending oars
beyond the world, the light beneath the moon
had waxed and waned, when dead upon our course

we sighted, dark in space, a peak so tall
I doubted any man had seen the like.
Our cheers were hardly sounded, when a squall

broke hard upon our bow from the new land:
three times it sucked the ship and the sea about
as it pleased Another to order and command.

At the fourth, the poop rose and the bow went down
till the sea closed over us and the light was gone.

Behind him, the screens operating for the moment as a single screen showed a film of a brilliant moon in the night sky, its reflection rippling on the surface of the ocean. The sound of oars dipping in the water filled the theater. Then, near the end of the piece, the screens went dark soon to be filled with a clip from an old black-and-white film of the ocean opening up into a vast maelstrom and swallowing a wooden sailing ship.

Then Hargitay crossed to stage right and recited a passage I recognized from the Bible:

"And it came to pass, as they still went on, and talked, that behold, there appeared a chariot of fire, and horses of fire, and parted them both asunder; and Elijah went up by a whirlwind into heaven. And Elisha saw it, and he cried, My father, my father, the chariot of Israel, and the horsemen thereof. And he saw him no more: and he took hold of his own clothes, and rent them in two pieces." [N.B.: (2 Kings 2: 11-12) [KJV]]

While saying this he ripped his shirt off. Behind him, a cartoon of a fiery chariot and horses against a night sky leaped from screen to screen all the way across the stage. The effects were dazzling.

For the rest of the evening, the screens showed death scenes from the movies and television—or, more accurately, cropped reaction shots of the mourners in those scenes—the dead and dying having been cut out. Hargitay spoke his own lines as if to the actors on the screen, and they responded as if to him and his dying. After each set of lines, the videos went blank, or staticky, and he crossed the darkened stage. And each time he toed a new mark a somber bell tolled. As with a pendulum, each swing brought him both closer to center stage and closer to the audience. The shots of the mourners countered him in both their proximity to center stage and the angle of the shot, each swing bringing both performer and mourner slowly closer to an equilibrium. At various points in the drama, Hargitay removed more clothing.

Some of the filmed scenes were appropriately somber. Others out of phase. Occasionally, only static or test patterns shone on the screens. There were moments of bombast and wit, of patriotism and irony, of maudlin regret and manful resignation, even a certain amount of religious hope, however delusional. I was prepared to close my eyes as Hargitay whipped through his lines and, perhaps, drift off. But the brilliant glow of the screens mesmerized me into a harsh wakefulness; I couldn't keep my eyes closed. My thoughts roamed wide and wild, using the text, the scenes, as springboards. Some of the scenes were from war movies, others from parlor or hospital dramas. Many were ludicrously overblown: strings swelled; a camera zoomed in on a fat, glycerine tear or a quivering, shellacked, collagen-shot lower lip; fists clenched and pounded tables or wrenched handkerchiefs or other articles of clothing; stony-faced cowboys held their hats over their hearts or their genitals or rode their horses into vast desert distances. Dark birds flew. Lengthening shadows drenched cramped rooms. Raindrops trickled from dark foliage. A few lines, such as Oscar Wilde's "Either this wallpaper goes, or I do!" drew appropriate titters from the audience, whereas at least one, Socrates's "Crito, I owe a cock to Asclepius; will you remember to pay the debt?" evoked an inappropriate snigger from me (there is so little humor in philosophy we all learned to enjoy a naughty pun when we saw one) and earned a well-aimed elbow from Nina to my ribs. Once or twice, when the program music on the screens resolved on a particularly sublime chord or phrase, I felt a dampness coating my eyes and found it difficult to swallow or even breathe. I attributed it to the inherent manipulativeness of the medium or my own lack of sleep.

Then, at the end, Hargitay stood stock still at center stage, his momentum stilled, his bared back to the audience speaking to the hooded face of a sobbing, pleading woman—a Clytemnestra or Antigone who bore more than a faint resemblance to my mother—which spanned all the screens on the stage and dwarfed the naked actor. I looked up from whatever reverie this deeply moving, even archetypal, scene had spun me into only to confront from my seat—third row, center aisle—Hargitay's large, hairy backside. Then he turned around. I winced. Covertly shuddered. The audience gasped as, behind him, brilliant on the screen, a piercing white light exploded from the screens, filling the room and a deep, booming voice said "This is my Son, in whom I am well pleased; hear ye him." And Hargitay raised his arms and collapsed in a heap on the floor. Total darkness engulfed the room. Only the exit lights over the door to the stairwell were visible. The lights went up to a moment of shocked silence and then earnest applause as the naked actor trotted off stage. He returned in a robe for a brief bow.

The house lights came up. The caterers once again brought around canapés. The bartender returned to his station. As did I. The lighting was kept low, allowing Nina to shield her scars in the shadows. The crowd crowed over the performance—"profound", "moving", "magical", "hypnotic", "spiritual", "transformative", "by the end I felt like I was the one being mourned"—and feted Nina and Hargitay.

"Jimmy's the creative one," she protested.

"I just loved the way Hargitay deconstructed all the traditional categories of our supposed 'feelings' about dying. It was so totally transgressive of the religious clichés that we have been force-fed by the media our whole lives!" a woman in black leotards, a short black skirt, leather jacket, and tall cowboy boots said. "Don't you think?" Her eyebrows, as well as her short, lopsided hair, might have been dyed black.

The rest of the chapter is an argument between the protagonist and his wife, the producer of the piece, over its meaning (or lack thereof). As in Hamlet, the parodic aspects relate to the theme of the novel, and thus the narrator is, as they say, unreliable.
Posted by Jim H. at 13:32

Email ThisBlogThis!Share to TwitterShare to FacebookShare to Pinterest
Labels: EULOGY

Moriarty! And just when I was poised to kvetch about our apparent lack of anchoring tropes here on WoW.

The words "criminal mastermind," though not his indispensable name, had already formed on my lips this very day! Thank you.

Like an idiot I left out the set-up: Hargitay is said to have studied with Stan Brakhage and Nam June Paik. When I say 'all out'...

btw: Wisdoc asked why I used the Ives and the Davis in such proximity to the Beefheart. "Were you making some statement about Beefheart?" Bless her pointy little head: Was Beefheart: BluesRock :: Ives: American Sacred :: Davis/Coltrane: Jazz? An argument can and probably should be made...

Best wishes for the Holidays!

Since you brought it up, I want to give Steven Millhauser an enormous compliment right now, one that will possibly swell his head, immoderately. Getting Closer is exquisitely wrought--I'm starting to feel his love. Seems he's been healing and like marshmallow: marshmellow moving from rupture toward rapture. I'm agog.

If I had to guess, I'd venture he's been finding succor at Jacob Russell's Barking Dog, possibly even putting some credence in C.A. Conrad's somatic exercises. In any case, one way or another, he's getting himself free. The odd duckie has defined the qua in quack. He can take another piece of my heart, anytime he wants.