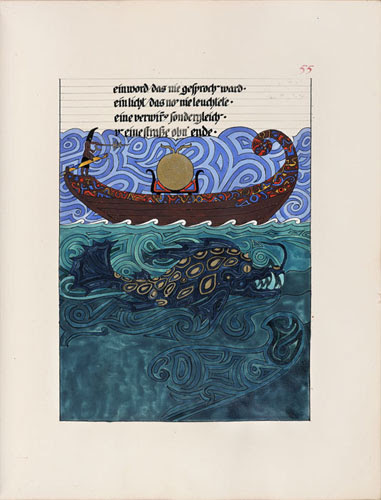 We interrupt this (short) series on running to bring you links and such:

Narrative and sports. "To a remarkable degree, bloggers aren't storytellers. They are partisans, ranters, linkers. Bloggers give away their entire plot in the first sentence, or perhaps even in their URL (www.i-hate-everyone.com)."

"The real question in the months and years ahead is whether there's a business model that can support good stories." (h/t Dennis)

As if in response, a British study found that people who illegally download and share music spent "four and a half times more on paid-for music downloads than average fans."

Edmond Caldwell & Steven Augustine & Helen deWitt (each of whom has something to say on these matters): put that in your literary pipes and smoke it. The iPod did not destroy the music industry; it changed it in unexpected ways. More music is available and yet more is demanded. It's quite likely a similar thing can happen in the "book" industry with the advent of the Kindle, Apple reader [whatever & whenever]. More content will be demanded. Keep writing mes amis. The market is sure to turn our way.

MobyLives weighs in on Norway's decision to ban the Amazon Kindle because of the Animal Farm (ironically) controversy here.

Richard Eoin Nash, natch, is there already. Or at least he was, in Frankfurt.

Sometimes the words flow onto the screen just right. Here's Dan Green getting it just right:


"If a particular work of fiction does provoke a strong emotion--which for me actually happens only rarely--I presume that this is the emotion the text was designed to create (otherwise I'm just reading badly) and that my role as reader is to meet the text halfway and pursue that emotion where it's going to lead. That I would try to actively resist the work's effects--emotional, psychological, or formal--seems antithetical to my understanding of what a "reading experience" has to offer."


Who's your daddy, Dan? How about this guy?
Claude Levi-Strauss, pioneering structuralist, dead.


"Phenomenology I found unacceptable, in so far as it postulated a continuity between experience and reality. That the latter enveloped and explained the former I was quite willing to agree, but I had learnt from my three mistresses [Freud, Marx, Geology] that there is no continuity in the passage between the two and that to reach reality we must first repudiate experience, even though we may later reintegrate it in an objective synthesis in which sentimentality plays no part. As for the trend of thought which was to find fulfillment in existentialism, it seemed to me to be the exact opposite of true thought, by reason of its indulgent attitude towards the illusions of subjectivity. To promote private preoccupations to the rank of philosophical problems is dangerous, and may end in a kind of shop-girl's philosophy—excusable as an element in teaching procedure, but perilous in the extreme if it leads the philosopher to turn his back on his mission. That mission [which he holds only until science is strong enough to take over from philosophy] is to understand Being in relation to itself, and not in relation to oneself. Phenomenology and existentialism did not abolish metaphysics: they merely introduced new ways of finding alibis for metaphysics." Claude Levi-Strauss, Tristes tropiques, p. 50 (trans. John Russell 1961).


By that metric, these guys would be your cousins. Say Simon Critchley & Tom McCarthy:


"All cults of authenticity, it is declared, whether they celebrate it in the guise of transcendence, unity or totality, for aesthetic, religious or political ends, “should be abandoned”"


Thomas McGonigle at ABC of Reading nails two birds with one stone: Harold Brodkey & James Wood. Thanks for reminding me of what an intense fascination I had with Brodkey's books some years back. Perhaps it's time for a re-look.

Mark Sarvas, after some brief interruptions, seems to be back at blogging with regularity. Welcome back, Mark. Here he posts a Philip Roth interview with Daily Beast publisher Tina Brown. Good stuff.

In case you missed it, over at his fine blog, Conversational Reading, Scott Esposito has been blog-covering the International Festival of Authors in Toronto. Here are links to several of his posts:

Speaking of getting it right, Steven Beattie does, too:


Oh, and thanks, Steven, for reminding me that I'm not going to do NaNoWriMo again this year. When I was in grad school, I 'free wrote' an entire novel over a summer on my portable Underwood typewriter. It sucked so bad. I have it sitting on my desk (I'm looking at it right this minute), and I still can't read it. Now my writing happens sort of like this: I load up (reading and absorbing novels, poetry, criticism, theory, philosophy, lit blogs, relevant non-fiction, anything & everything I can get my hands on), I reflect and refine, & I write. When I do it fueled up in this way, good stuff comes out—though it still needs copious & meticulous & judicious editing. They don't tell you that there.

Nevertheless, zunguzungu decides to give it a 'shot' (pun way intended).


"Next time, I hope to think through the seductions of realism, and why it is that I've been unable to resist them, in spite of a healthy suspicion of the claims usually made on realism's behalf."

I've played Colson Whitehead's game for years: One of the things you can also do is combine genres.

On the science front, this seems like an important technology. The next resource wars are likely to be over water. Cheap and effective desalination could usher in another golden age of peace and prosperity.

Dan writes, "If a particular work of fiction does provoke a strong emotion--which for me actually happens only rarely-" and I'm very interested in that fragment of his comment, because I haven't had an "emotional" response to a work of literary Art since I was a teenager. I don't read expecting "emotions" at all... except for delight/disgust, but those are *with* the text, when they come at all, not in it. I can't even comprehend the *point* of an artificially-stimulated emotional response; even as a kid, I felt rather badly used when some filmmaker tricked me into crying over King Kong's martyrdom (larf). I guess I'd be a very poor subject for hypnosis, too!

Thanks, Jim -- I will certainly smoke a pipeful at your invitation!