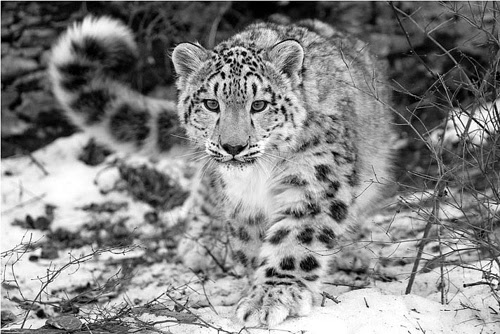 In 1986, Harry Frankfurt first published an essay in the magazine 'Raritan' entitled On Bullshit. Bullshit is, essentially, a disregard for the the truth of what one says. It isn't quite lying—which is deliberately stating something that is untrue—it is, on Frankfurt's account, something worse. When later published in book form in 2005, Frankfurt's essay seemed to capture the zeitgeist of the time. Public figures were more interested in advancing an agenda than speaking truth. Sales and marketing and PR forces were more interested in selling credit default swaps or SUVs or mid-East wars or fraudulent memoirs or $5/gallon oil than counting their true costs.

Bullshit heedlessly admixes truths with untruths. Bullshit leaves the hearer confused, foundering, scrambling for a purchase on reality. In politics, bullshit is particularly useful in a politics of a certain style. This style does not fret about hypocrisy or correspondence with reality; rather, it uses every means at its disposal to assail its adversaries. That is its sole purpose. That is to say, bullshit is a tool in the politics of destruction, rather than construction. It is part and parcel of the politics of force, rather than of consensus. Inconvenient truths, on this model, are scorned. Truth-tellers in the Bush administration, e.g., were often ridiculed (Paul O'Neill, Richard Clarke) or silenced (Lawrence Lindsay, climate scientists) or publicly attacked (Plame/Wilson) or simply shit-canned (Shinseki).

Why is truth so devalued in our society? Philosophers have long recognized that truth is a "meta" value. To say something is true is to make a value-statement about a statement-of-fact. We don't say 'the snow is true', e.g. We say, rather, 'snow is white.' And, along with Alfred Tarski, we say further "the statement 'snow is white' is true if and only if snow is white."

But there is nothing new about this post-modern world; it is a reversion to the world of the sophists, the target of much of Socrates's arguments. In this morass, truth is merely one among any number of competing values (if that), and the people who try to tell the truth are shouted down either by the people with the platforms and the agendas or the ignoramuses (or, more likely, a toxic combination of both).

Truth is uninteresting, boring even. Journalists who try to be truthful are grey. Factual. So what if snow is white? So what if Saddam Hussein had nothing to do with the atrocities of 9/11? So what if Iraq had no WMD? So what if the surpluses in the public treasury have been siphoned off by politically-connected private interests who, in turn, use their wealth and influence to prop up their political benefactors? So what if Dick Cheney tells a flat-out lie on camera to Gloria Borger? So what if the sky is falling?

Advocacy journalists, on the other hand, are interesting. Dynamic. Yellow. They can rant and rave and say pretty much whatever they please ungoverned by (or at least not restricted to) truth, so long as their ratings or readership stays high—which they will.

As an aside: It's amazing how much that passes for 'news' on the cable news networks originates from Public Relations firms. That, I think, is the story of the age that continues to go untold. Rather than investigating and reporting, these news organizations passively and mostly unquestioningly rely on what they are spoon-fed by professionals whose job it is to advance the agendas of their clients, whether they be celebrities or politicians or government entities.

To end this first piece in this series, I'll leave you with a quote from this article which calls contemporary journalists to be accountable for truth:


"we need journalists who scrutinize and question not just government officials, PR releases, and leaked documents, but their own preconceptions about every aspect of their business. We need journalists who think about how many examples are required to assert a generalization, what the role of the press ought to be in the state, how the boundaries of words are fixed or indeterminate in Wittgensteinian ways, and how their daily practice does or does not resemble art or science." Carlin Romano, "We Need 'Philosophy of Journalism'". 11/15/09 The Chronicle Review (h/t the estimable Arts & Letters Daily)

As George Costanza said: It's not a lie if you believe it.

I look forward to the series. It's hugely ambitious. Thanks.