Thyraphobia, or Purity of Heart is to Fear One Supposedly Fun Thing I'll Never Not Do Again (Pt. 6) 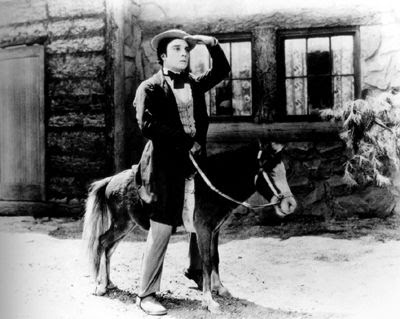 "A Bit of Occidental Foolishness"

We heard the plane's engine chug to life. Then came the announcement that it was our turn to board. Our instructors/tandem buddies found us on the sofas and escorted us out toward the plane. I squirmed uncomfortably in my jumpsuit and too-snug harness. One older guy who was sitting with the crowd of observers must've seen me struggling with my "junk". He stopped me as we walked by and told me not to worry, it would feel better once I got out of the plane.

"Great," I said tugging at my crotch. "Thanks."

"And besides," he said, "the pinching'll help take your mind off the door."

I had no idea what he was talking about, and it probably showed in my face.

"Oh, some of the guys have a name for it: they call it fear of the door," he said. "It happens to some people. They see the door and just can't go through it. It's a real thing."

"Puh," I snorted, impatient and annoyed at the same time, the suggestion having been firmly planted. Was this guy reading my mind?

"Don't worry," Andy (my tandem partner) said, cutting the man (who'd apparently had a couple of bloody Mary's already that morning) off and taking my elbow and pushing me on toward the waiting plane, "in all the time I've been here, we've only had one or two people who couldn't jump."

Just then I saw Jeff (of the long, Lynyrd Skynyrd-esque, blond hair) and his group returning from the drop zone. They were clearly jazzed. Jeff had loved it and swore he was going to do it again. Of course, he said, it was a little scary at first. His wife (whose dyed blond hair was nowhere near as beautiful as his), beaming, echoed his sentiment. "I was really scared, but it was so much fun," she said. She didn't regret it in the least. "Good luck," Jeff said. "Just do it." Guy had a thing for cliches.

It being her birthday, we'd engaged a videographer to record Wisdaughter's jump. [And yes it's up on Facebook with some awful Southern rock music in the background, but no I'm not going to tell you where you can find it, thank you very much.] He was a big, enthusiastic old boy, cracking wise as he filmed us climbing the three steps up into the plane's fuselage. Thumbs up and all that. After all the interruptions on the way to the plane, Andy and I were the last tandem to get into the plane. As I entered, last but for the camera guy, I pretended to bang my head on the low top of the door. The Door. "Ouch," I winced, rubbing my forehead and mugging for the camera. Giggles and moans and grins all around. "Stop clowning around, Dad. Let's go." My kids're so onto me.

I told myself that bit of slapstick would take their minds off what was about to happen. Who was I kidding? I was working hard to suppress what I knew was coming—the fears of a clown.