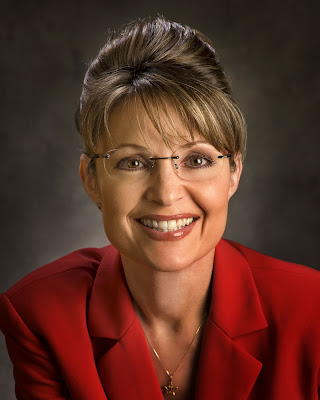 I'm probably going to piss some people off with this post. If so, so be it.

On September 29, 2010, Gene Cranick of rural Obion County, Tennessee lost all of his family's possessions, including three dogs and a cat, in a trailer fire started by Cranick's grandson burning trash nearby. Nothing out of the ordinary here. This sort of thing happens occasionally in the normal course.

What was unusual was that a local fire department from a neighboring jurisdiction—a jurisdiction that, technically, had no duty to provide fire services to Mr. Cranick's neighborhood—let the man's home burn down because Cranick had failed to pay a $75 fee for fire services.

This has caused plenty of outrage on many fronts, left and right. And that's a good thing. There's plenty of blame to go around. Let the debate begin.

Since the so-called Reagan Revolution, we have seen the sharp deterioration of the public square in the United States. Public assets have been sold off to cronies of the power elite at bargain-basement prices. Public services have been privatized.

The Tennessee trailer burn is simply the latest example of the problems with this notion of 'smaller government is better government.' Ronald Reagan once famously chuckled that the most frightening words in the English language were: "I'm from the government and I'm here to help." Well, here's a counter-example from real life: the firefighters were from the government, and they weren't there to help, even though Mr. Cranick and his family desperately needed them. If they had helped, they might have saved the animals at least.

This sort of occurrence will be more and more common in America if the Tea Party ethos that seems to be taking root in the Republican Party holds sway. Public services will be privatized even further, and we'll only get those services we pay for.

Paying taxes, they say, is bad because it forces us to pay for services for everyone, not just for ourselves—notwithstanding that public services, because of the lack of the profit motive, keep the costs of these services down and, by definition, are available to everyone, not just the privileged few who can afford the whole menu of services offered by the government or its private contractors.

[For example, anybody in the continental U.S. can write a letter, put it in an envelope, address it, put a forty-four cents stamp on it, and drop it in their own personal mailbox, and it will, in all likelihood, arrive at its correct destination within a day or two. This is the United States Postal Service. The USPS has two competitors, FedEx and UPS. For anywhere between four and twenty-five dollars you can take your letter to either of these private vendors and, using their designated envelopes and forms, have your letter arrive at its destination (so long as it's not a mailbox) within the same amount of time or even shorter. You can pay more for an even faster delivery, too. The difference between forty-four cents and, say fifteen dollars (taking an average) is operating costs and private profit—and it's what the fighting's all about. Thus endeth the lesson.]

This Tennessee trailer bonfire was a real tea party, a Tea Party party, if you will. This is a stark portrait, writ small and local and rural, of what to expect from the sort of libertarianism, the sort of small-government ideological anarchy, these people represent.The country envisioned by the Tea Party and its allies in the Republican Party will provide us with more and more such incidents.

The Tea Party is a stalking horse for the corporate interests—the monied interests that are actually fueling the useful idiots of the Tea Party, their organization, their rallies, and their public relations—to continue to plunder private profits at the expense of the public weal, that is, to steal from us all. Since the days of Reagan, we have seen the greatest transfer of wealth from the public to private interests this country has ever witnessed. And the Tea Partiers, or their corporate backers, want even more.

The Tennessee trailer fire is a harbinger of things to come. You should know that before you decide whether to vote in the upcoming mid-term elections in the U.S., and, if you decide to do so, which party you will vote for.