A quick follow-up to this post. In that earlier Family-of-Values post, I discussed the nature of truth as both a political and journalistic value. This clip of Dana Perino, the former spokesperson for the President of the United States (G.W. Bush) illustrates the point.

She is simply and obviously wrong when she states that "We did not have a terrorist attack on our country during President Bush's term." It's a ludicrous statement on its face, but she says it with a straight face as if she believes it. This is why I do not miss the former administration: one could never tell when they were lying or were ignorant, and trying to sort it out was maddening. Recall Scott McClelland telling the press that Karl Rove and Scooter Libby had assured him they had nothing to do with outing CIA operative Valerie Plame when their (and VP Cheney's) fingerprints were all over the operation.

Here, it's not clear whether Perino is lying, or mistaken, or actually believes that 9/11 happened on someone else's watch. And it doesn't matter which. She is simply wrong.

Hannity had an obligation, likewise, to correct the record. Surely he knew different. Yet he said nothing and let the moment pass, doubling the offense.

It's clear neither of them (or the other guest, Varney) cared one whit for the truth of the matter. They are nihilistic with respect to the value of truth.

There are undoubtedly some who watch that program who believe what she said. And others who would like to believe it, forgetting how the conservative administration fell asleep at the switch. It is part of the misleading, revisionist narrative these conservatives hope to weave.

Remember the phrase cui bono? Loosely translated it means "Who benefits?" Who benefits from such a pernicious lapse of truth-telling? Not the current administration or its party. Whenever the Bushians engaged in these sorts of Rovian tactics, it was always for their own benefit. It's odd how self-serving their 'mistakes' always tended to be...

-------------------
On a separate "blegstitution" note, one of my readers—Frances Madeson—has nominated my Blunderbuss post for the 3QuarksDaily Politics Prize. Thanks, Frances. I am honored. And even if you disagreed with my opinion on the matter (JMP?), I ask you to go over to 3QuarksDaily, read the nominated posts, and vote—preferably for me. The nominated posts are in alphabetical order, so mine is at the end. [I will append this message to all my posts until the voting deadline.] 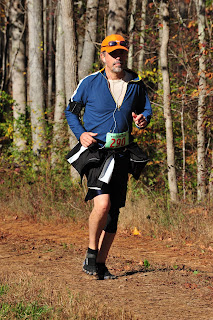 Yes, we'll have to agree to disagree on this one.

The disagreement is not that vast. I respect your POV.

Believe me, Dog, one of the reasons I wrote the post is to help iron out the struggle within myself on this matter. It's hard for me to think of a single American (imperial) conflict I've actually wholeheartedly supported since I reached majority—and as a youth I certainly was opposed to Vietnam.

From what he said at West Point, President Obama may be overreaching, to my understanding, but I am still willing to give the institutional demands of his office the benefit of the doubt—for now. Call me a rube—and I'm sure you will ;-} —but one doesn't completely turn around an aircraft carrier overnight. [Sorry for the cliche]

There is, in my mind, a role for a defensive military. And Afghanistan at one time was arguably within that ambit. It's not now, but may still be redeemable—especially if Obama's moves are truly preparatory, i.e., cover fire, for getting out and not escalation for its own sake.

Thanks for the comment, and I still solicit your vote, blegwh*re that I am.