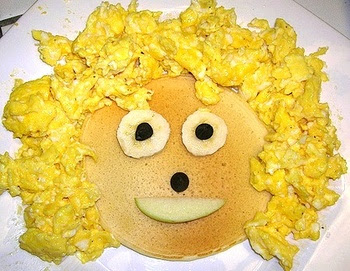 I played golf last week with my father. He's 85. Can almost shoot his age. That, to me, is a kind of accomplishment akin, in regular guys who are not professional athletes devoted body and soul to their sport, to winning a major. Shooting your age. 72 at 72, e.g. 80 at 80. A couple of birdie putts dropping, a truer seven iron from the rough: that sort of thing would have done it for him. Remarkable. Anyway, we were early off the starting tee. Nobody in front of us for a few holes and nobody behind us. It looked to be a leisurely round. Play. Rehit (for funsies, for sure) those putts that didn't break the way you thought they were supposed to—and always making them. Make fun of my brother, the best golfer of the three of us. In our own time. At our own pace. I mean the guy's 85 after all. Why hurry when you're having fun. Anyway. Just as we're about to tee off on six, a foursome of cigar-chomping thirty-somethings go buzzing by us in their carts to seven. Then we see (and hear) another foursome piling on on the fifth tee. They were having some sort of tournament, and instead of everybody starting off seriatim on the first tee or even doing first and tenth tees, they were scrambling: that is to say playing eighteen, but starting on all the odd tees all at once in order to get it done more quickly. So much for our leisurely pace. We were sandwiched between them for the rest of the morning.

And that's what the first hundred pages or so of Infinite Jest feels like. A scramble. A whole bunch of characters starting off on different holes at the same time. Looks like to me they're all about to play eighteen, and we'll just have to keep up with all their strokes along the way (I guess that last carried the metaphor too far, huh?). May need a database (or database-like mind) just to keep up. Do they all morph in some way or another (or choose not to)? Do their story arcs parallel, intersect, mirror, converge? We'll have to read on to see.

All-in-all, off to a good start.

Putt-putt, brother Jim. I see you’re hanging with that fast vowelless crowd. Me, I like my a’s, my i’s, and especially, my e’s. Say hi to LML (breath of fresh air wherever he(?) roams). But, instead of grinding to those tragic songs, try driving your four-iron through eighteen holes of this. From the white, hot streets of the NYC. http://www.lastbroadcast.net/ Blah, blah! See you at Crash Mansion. (Leave your cap at home.)