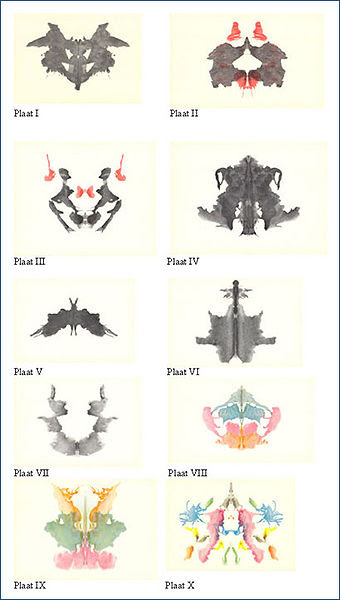 Because aggregating is easier than coming up with original ideas, but can be equally telling:

Has Malcolm Gladwell been spying on me, changing only the names to feign his innocence? I'm not saying I'm a late-blooming genius or anything, but any article that begins like this has me me from the beginning:

Ben Fountain was an associate in the real-estate practice at the Dallas offices of Akin, Gump, Strauss, Hauer & Feld, just a few years out of law school, when he decided he wanted to write fiction. The only thing Fountain had ever published was a law-review article. His literary training consisted of a handful of creative-writing classes in college. He had tried to write when he came home at night from work, but usually he was too tired to do much. He decided to quit his job.

From geniuses to "The Idiots Who Rule America, we have Chris Hedges:"

Our oligarchic class is incompetent at governing, managing the economy, coping with natural disasters, educating our young, handling foreign affairs, providing basic services like health care and safeguarding individual rights. That it is still in power, and will remain in power after this election, is a testament to our inability to separate illusion from reality. We still believe in “the experts.” They still believe in themselves. They are clustered like flies swarming around John McCain and Barack Obama. It is only when these elites are exposed as incompetent parasites and dethroned that we will have any hope of restoring social, economic and political order.

“Their inability to see the human as anything more than interest driven made it impossible for them to imagine an actively organized pool of disinterest called the public good,” said the Canadian philosopher John Ralston Saul...Our elites—the ones in Congress, the ones on Wall Street and the ones being produced at prestigious universities and business schools—do not have the capacity to fix our financial mess. Indeed, they will make it worse. They have no concept, thanks to the educations they have received, of the common good. They are stunted, timid and uncreative bureaucrats who are trained to carry out systems management. They see only piecemeal solutions which will satisfy the corporate structure. They are about numbers, profits and personal advancement. They are as able to deny gravely ill people medical coverage to increase company profits as they are able to use taxpayer dollars to peddle costly weapons systems to blood-soaked dictatorships. The human consequences never figure into their balance sheets. The democratic system, they think, is a secondary product of the free market. And they slavishly serve the market.

So, here's a surprise. The New York Times reports today that hate groups have been mostly quiet in the current American election. The reason: "Right now,” said Mr. White, the head of the American National Socialist Workers Party, “we’re facing the potential of a half-black candidate financed by Jewish money going up against a white candidate financed by Jewish money, who are both advocating the same policy. So you’ve got two terrible choices.” ... “What we really haven’t seen is white supremacists really rallying over an Obama presidency,” said Mark Potok, the director of intelligence at the Southern Poverty Law Center, which tracks hate groups. “Hate groups are in a more or less stunned position right now; they haven’t been able to figure out how to proceed just yet.” ... “There’s a real problem,” Mr. White said in the interview last month, “in what’s called the ‘white movement.’ One, there’s a lot of people who are just mentally ill, and we deal with those a lot. No. 2, there are people who have serious sexual problems.” [No real surprise there. Are these guys included in the set "humans" Chris Hedges was talking about above?]

From Joseph A. Tainter's The Collapse of Complex Societies:

Historically, the eleven major themes of societal collapse are given as:
"Complex forms of human organization have emerged comparatively recently, and are an anomaly of history...maintenance of legitimacy or investment in coercion require constant mobilization of resources...an unrelenting cost that any complex society must bear." [Shall we tick them off?]

The legacy of George Bush may take years, if not decades, to determine.

But at present he seems to have pulled off an astonishing double whammy.

However well-intentioned it was, the catastrophic and unpopular intervention in Iraq has served in some parts of the world to discredit the very idea of western democracy.

The recent collapse of the banking system, and the humiliating resort to semi-socialist solutions, has done a great deal to discredit - in some people's eyes - the idea of free-market capitalism.

Democracy and capitalism are the two great pillars of the American idea.

To have rocked one of those pillars may be regarded as a misfortune.

To have damaged the reputation of both, at home and abroad, is a pretty stunning achievement for an American president. [from The Telegraph, "Barack Obama: Why I believe he should be the next President"
by Boris Johnson

This seems about right:

So, how do you know if you're a socialist? Generally, it involves espousing government control over a country's basic industries, like transportation, communication and energy, while also allowing some government regulation of private industries...."Obama is about as far from being a socialist as Joe The Plumber is from being a rocket scientist," said Darrell West, director of governance studies at the Brookings Institution. "I think it's hard for McCain to call Obama a socialist when George Bush is nationalizing banks."

Researchers at Ohio State University have accidentally discovered a new solar cell material capable of absorbing all of the sun's visible light energy. The material is comprised of a hybrid of plastics, molybdenum and titanium. The team discovered it not only fluoresces (as most solar cells do), but also phosphoresces. Electrons in a phosphorescent state remain at a place where they can be "siphoned off" as electricity over 7 million times longer than those generated in a fluorescent state. This combination of materials also utilizes the entire visible spectrum of light energy, translating into a theoretical potential of almost 100% efficiency. Commercial products are still years away, but this foundational work may well pave the way for a truly renewable form of clean, global energy.