In Germany, I learned that 160 kilometers per hour is approximately 100 mph, and that even if you're driving 160 kph on the Autobahn in your rented Skoda Octavia Cambia, you have to keep an eye on the rearview or else Porsches, Audis, BMWs, and Benzes will come out of nowhere and climb right up your tailpipe. When they do, stay calm and move right. They'll pass you like you're standing still. You can drive that fast because the lanes are plenty wide and the curves favorably cambered.

Fun fun fun on the Autobahn. I'm doing about 90-95 here, & this blur of a Porsche comes out of nowhere so fast I can't even get out of the way: 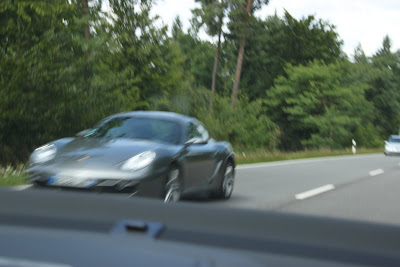 I also learned that no matter where you go, you'll probably end up at some place called Ausfahrt, 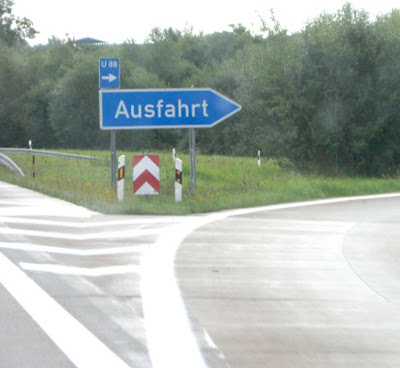 and what's more, you'll probably wind up taking Einbahnstraße to get there. Take my word for it. [h/t] 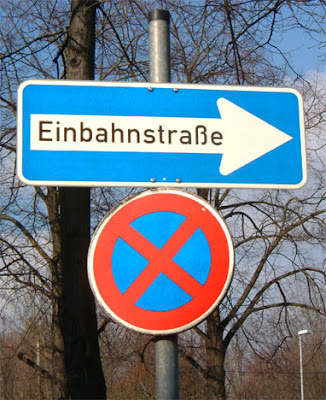 The view from the top: my hotel window in Heidelberg: 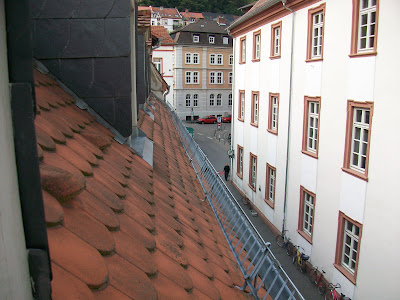 I was awoken about 2:30 by some drunken student sitting just there shouting into his cellphone. It sounded like he was crying to his girlfriend to take him back. If I'd had my wits about me, I would've recorded it. 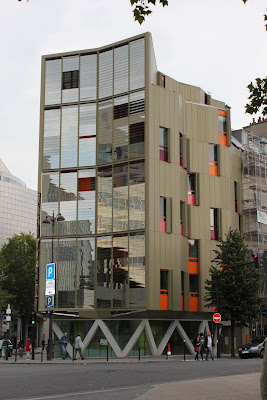 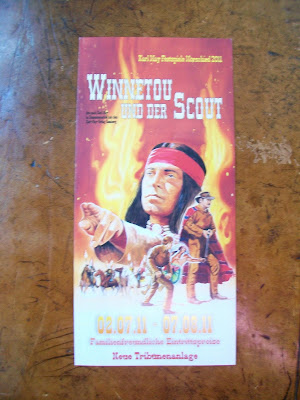 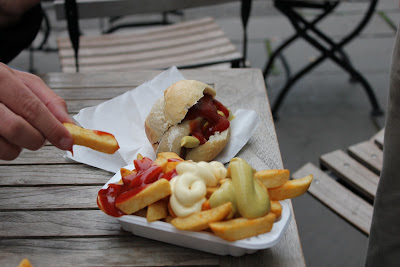 Yum, yum, have my crumbs. 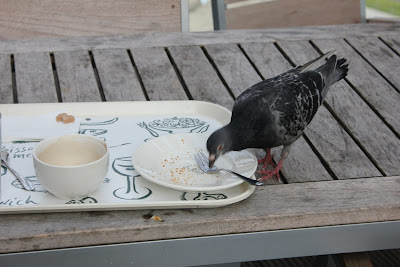 But you can't have my bier. 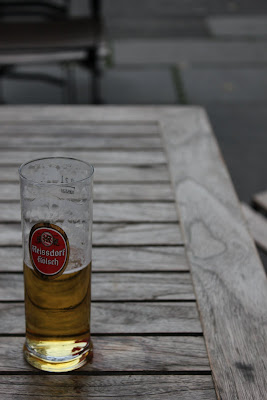 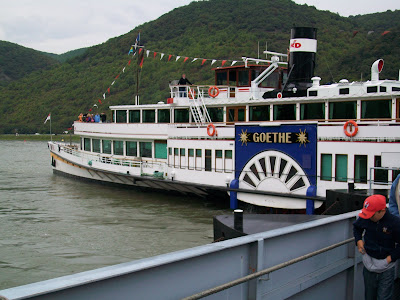 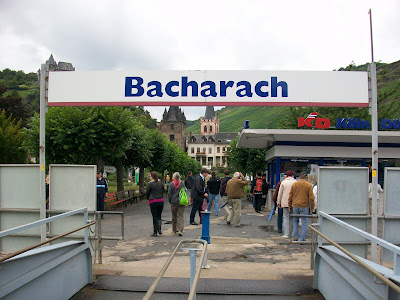 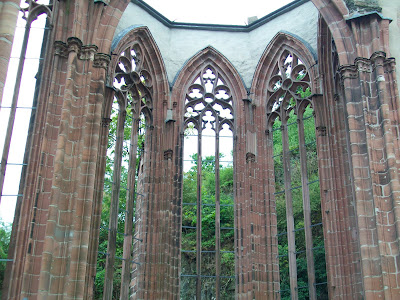 I know that cathedrals are holy places and museums are precious, but there are no more sanctified grounds in all of Europe than such places as this, Natzweiler-Struthof, in the Alsatian mountains. At the turn of the last century, it had been a gay ski resort. You can see chateaux down the valley: 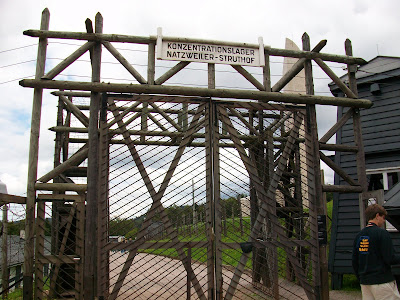 When I was a kid I often fantasized about being in the French Resistance. Now I wonder if I'd have the courage: 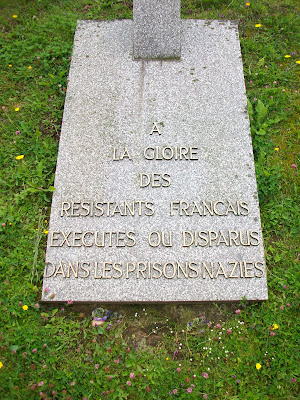 Death's door: from experimentation to extermination, the evil that took place in this building was palpable even to this day, made me weak. Made me ill. Political enemies, Jews, homosexuals, gypsies—ostracized, segregated, demonized, hated. Never forget: 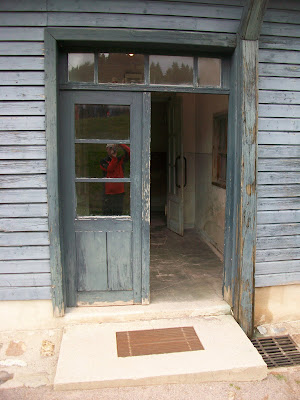 Quite a mix here, Goethe on a trip down the mighty Mississip.

Germany, man. Where the road takes you.