Hello, all! I've been away for a few days. Thus the lack of posting. Your reward for being so patient? Snaps! Enjoy! (as always, click to embiggen; mouse over for message)

We're digging out of a winter storm here in Atlanta. My neighborhood was on the border between an ice storm south and east of here and a snow storm north and west. Ours was a mixture. Don't scoff. South of here they had 1-2 inches of ice on the ground. Tree limbs freeze and fall on power lines, through house roofs, and onto impassible roads. Folks here seemed to learn their lesson from the SnowMG, Snowmageddon, Snopocalypse of two weeks ago and stayed off the roads. Not so much in the Carolinas, north of here. And now the storm is bearing down on the East Coast. We're beginning to thaw, something I suspect won't come so quickly up north.

So, a wintry mix playlist.

I'll not be posting about ice skating, skiing, hockey, etc. at the Sochi Olympics. Notwithstanding, it's time once again to review the week's watery matters.

Water in the hotels in Sochi, Russia, "contains something very dangerous." Officials there also know some Western visitors are deliberately trying to sabotage Russia's glorious triumph because "[w]e have surveillance video from the hotels that shows people turn on the shower, direct the nozzle at the wall and then leave the room for the whole day." And we get upset when someone somewhere has a record of what numbers we've dialed. Nice choice, Snowden.

The California drought is not getting any better. In fact, a number of communities could run out of water in two to four months. Sacramento has enacted strict water restrictions as water levels are plummeting. New Mexico and much of the Western U.S. are dealing with similar issues. The causes are complex and do not yield to simplistic, politically motivated responses. (h/t Thunder)

Lake Urmia, Iran's largest lake, has only about 5% of its water remaining. Its groundwater similarly depleted, the country's water shortage is at near-emergency levels.

Lake ice in Northern Alaska has shown a dramatic decline in the last 20 years.

Privatization of water resources has led to increasing inequity of access to water in Egypt. [Hint: Golf courses!] Further unrest may be fomenting throughout the region.

Half of Sao Paulo's water supply will run out in 45 days if there is no rain.

Five hundred dolphins died after beaching themselves in northern Peru. No one is quite sure why.

Additional chemicals were found in the Elk River of West Virginia. Officials gave the all-clear to use the water yet residents continued to develop illnesses. Several schools were closed as a result. Feds have launched a criminal probe in the matter. Many are wondering why regulation of such toxic material has been so laissez-faire. This is such a big deal and an on-going issue, I will link to a Google News feed about the matter and encourage you to keep up there.

Duke Energy said upwards of 82,000 tons of coal ash had spilled into the Dan River when a 48-inch stormwater pipe beneath its ash pond in North Carolina broke. "Coal ash 'is known to contain a witch's brew of toxic chemicals, including lead, arsenic, mercury and radioactive uranium.'" The coal sludge threatens the drinking water of Virginia residents in and around Danville, and there is no known way to clean it up.

BP and Chevron have been accused of dumping toxic waste, some of it radioactive, from drilling operations into the coastal waters of Louisiana.

Brain-eating amoebas were found in the waters of Northwest Louisiana, and large quantities of free chlorine, what is referred to as a "chlorine burn", will be fed into Shreveport's water system in hopes of disinfecting the water supply.

Many fear Australia's approval for an India firm to expand a major coal port will hasten the demise of the Great Barrier Reef.

Hormone-disrupting chemicals that have been linked to infertility, birth defects, and cancer have been collected in water samples at Colorado fracking sites.

The EU is taking steps to to monitor water pollution and groundwater levels to protect water quality continent wide.

Oil exploration and increased sea traffic in the newly thawed waters of the Arctic are threatening the survival of the polar bear and other endangered species there.

Shell Oil was forced to temporarily halt its plans to pursue further drilling in the Arctic when a Federal Court determined that the environmental review upon which the Bush Administration granted its lease was fundamentally unsound.

The West Antarctic ice sheet is thinning at an increased rate.

"The Sea Washed it Away: On the Ground After Typhoon Haiyan."

It is not going to be easy to keep Asian carp and other invasive species out of the Great Lakes, requiring at least 25 years and multiple billions of dollars.

A Mexican fisherman who purportedly survived 18 months adrift on the Pacific Ocean washed up in the Marshall Islands some 8000 miles from home. He claims he survived by drinking rainwater and turtle blood, eating fish, birds, and turtles.

Researchers have produced the first undersea map of the impact crater near the Yucatan Peninsula of Mexico that many believe was responsible for the great extinction event that wiped out our predecessor dominant species, the great lizard lords that roamed the Earth some 65 millions years ago.

The dwarf planet Ceres in the asteroid belt of our solar system may contain more freshwater than Earth.
Posted by Jim H. at 16:42 2 comments:

"We Sang a Fun Song in Church"

Motherfucking Vladimir Putin sent these girls to fucking Siberia. Fuck him and his Olympics! 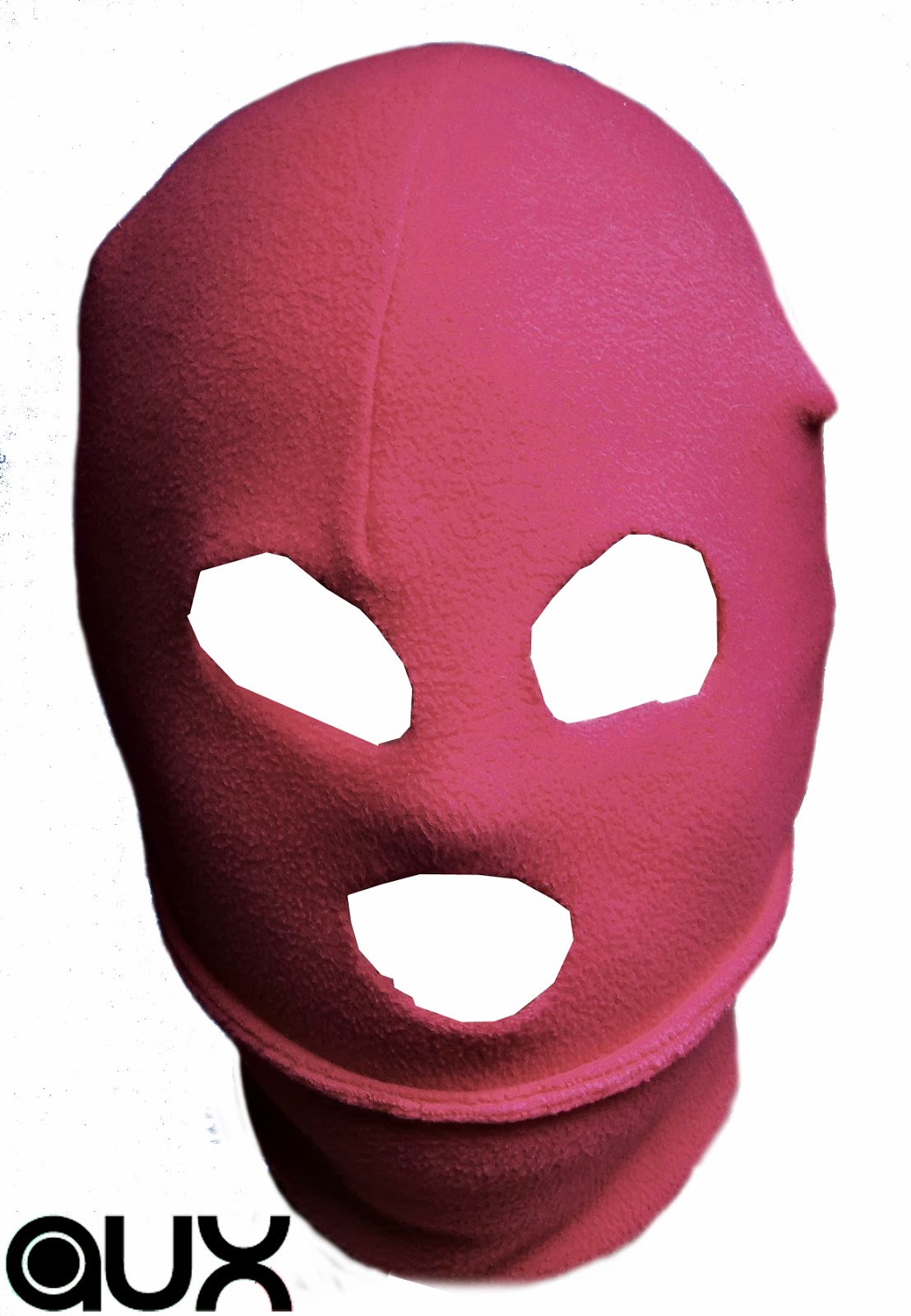 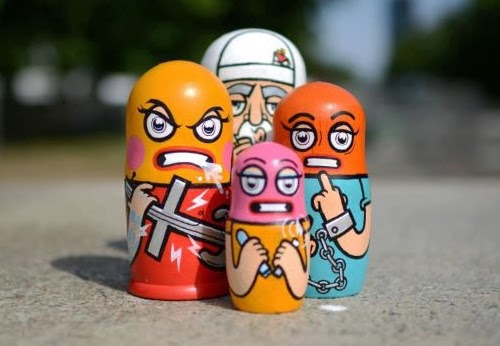 Here's a key fact to keep in mind: Russian heroin addiction exploded in the 1990s, shortly after that country ended its occupation of Afghanistan. It is a problem that continues to this day.

The U.S. is finally winding down its own occupation/adventure of/in Afghanistan—I refuse to call it a war—its longest such conflict in its 200+ year history. President Obama declared in his latest State of the Union Address that it was time at last for this country to stand down from its "permanent war footing," something I've been saying essentially since the inception of this blog.

Many see a full-blown epidemic of heroin abuse nationwide, especially among suburban teens who can now purchase incredibly pure heroin cheaply and in capsule form.

Governor Peter Shumlin, e.g., even devoted his entire 2014 State of the State Message to what he called "a full-blown heroin crisis" in the state of Vermont.

Then today, sadly, we hear that 46-year old Philip Seymour Hoffman, one of this country's absolute best actors and, by all accounts, an all-around decent human person, died from a heroin overdose. Reports indicate he'd suffered from addiction since his 20s, he'd recently had a relapse and voluntarily checked himself into a rehab facility. The problem with opiate addictions of any kind—whether its morphine or methadone or Oxycodone or Hydrocodone or street skank—is that once addicted always addicted. You never get clear. Moreover, if you do manage to clean yourself out and then relapse, if you go back to the sorts of dosages you were used to when you were using, your body can't tolerate it and you overdose. I'm not saying this is what happened with Hoffman, but it sure sounds like it fits the pattern. And, I'm afraid, Hoffman is merely the vanguard.

Call it blowback, or Afghani payback. Pay attention: For the Afghanis, it was never a conventional war. They cannot win a conventional war against a major world power (read Empire). They waited out the Bushian Occupation as they've waited out invasions and occupations since at least Alexander the Great. And now that we're finally pulling out, they're fighting back. They are ramping up their production of opium, and we're seeing the beginnings of an epidemic of heroin abuse and addiction nationwide.

Coincidence? Who's to say?

Such a thing wouldn't be unprecedented. Remember Vietnam, anybody?

If it isn't a coincidence, we may be witnessing the beginnings of what could turn out to be an all-out, albeit invisible, street war on our own shores with our youth in the cross-hairs. If large numbers of young people get addicted to the cheap heroin now beginning to flood our streets, even if they are able to pull themselves out of addiction and get clean later, they still stand the risk of relapsing at any point later in life. And as one doctor put it, heroin addiction is a fatal disease, as or more fatal than cancer.
Posted by Jim H. at 15:53 3 comments: