Articles of Faith: Parameters of the Last Ark—Pt. 1 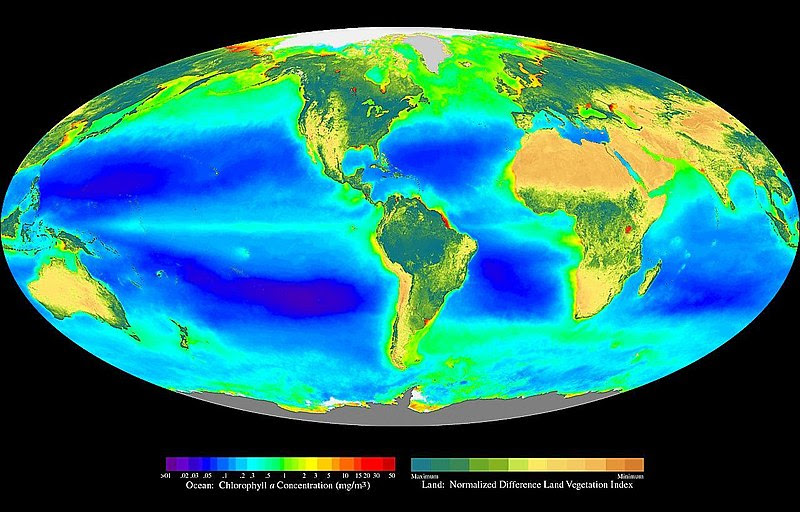 "Geologists from the University of Leicester are among four scientists—including a Nobel prize-winner—who suggest that Earth has entered a new age of geological time. The Age of Aquarius? Not quite.—It's the Anthropocene Epoch, say the scientists writing in the journal Environmental Science & Technology ... [T]he Anthropocene represents a new phase in the history of both humankind and of the Earth, when natural forces and human forces became intertwined, so that the fate of one determines the fate of the other. Geologically, this is a remarkable episode in the history of this planet."

We teeter, it seems, on a precipice: will this purported new era issue in a new round of environmental degradation and species extinctions (resulting, ultimately, possibly in our own) or is this the necessary next step in the advancement of our civilization and the evolution of life on this planet? Is the glass half-empty or half-full? Much, it would seem, depends on us: How attuned are we to environmental concerns? Are we truly pro-Life (with a capital 'L') or, as a species, self-destructive?

One assumption I make is that human life is the expression of something—let's call it DNA, or better Life itself—to survive in the face of an indifferent universe. Do we, as the human race, have the same will to survive or have we been been untrue to our nature?

The jury is out, but I firmly believe it is a question worth asking.

Another way of looking at things: Life itself is part of a complex entropic cooling process. In its simplest form, as sunlight pure heat reaches the earth where it is processed through photosynthesis, the consumption of plants by animals (including us), and the subsequent fertilization of plants by animal waste. Plants and bacteria convert the sun's light into energy, absorbing carbon dioxide and emitting oxygen and water in the process

Byproducts of this complex cooling process include the carbon dioxide we exhale and methane gasses in our excrescence. These reheat the atmosphere, but not perfectly. Life serves to cool the planet, converting heat energy into inter alia fecal matter and decaying bodies.

Civilization, on one view, resulted as human beings banded together to make the process of Life more efficient. However, it takes energy to fuel the process of civilization. At this stage of human civilization, we fuel this process mostly through the burning of cellulose- (e.g., wood) and carbon-based (oil, natural gas, etc.) forms of biomass—which, according to the vast majority of reputable scientists, is releasing all stored-up carbon dioxide from the photosynthetic process back into the atmosphere and causing the planet to heat up more than it should.

In other words, we are acting against our human nature—heating the planet instead of cooling it. If the Anthropocene hypothesis is accurate, this is a problem.

Other problems arise, of course, because there is only a finite quantity of biomass, and we will certainly someday run out, thus threatening our civilization and, possibly, life itself with an energy crisis of cosmic proportions.

Today, President Obama announced the U.S. would open up "vast expanses of water along the Atlantic coastline, the eastern Gulf of Mexico and the north coast of Alaska to oil and natural gas drilling."

This move addresses a pressing concern: U.S. dependency on oil from the politically unstable and repressive region of the Middle East as the West seeks to convert its economy to a more sustainable energy basis—assuming, of course, this is not simply some short-sighted "Drill, Baby, Drill" political move to placate the entrenched oil industry powers that brought us the last eight nightmarish years of war and global economic collapse and environmental degradation under those inveterate oilmen George W. Bush and Dick Cheney and their close friends amongst the Saudi royalty.

There must be a delicate balancing act here, and, in this, we must hold this government's feet to the fire. There can be no doubt that in the long run we must look to more sustainable forms of energy to preserve our civilization, our environment, and, indeed, Life itself. In the short term, however, if we continue to let the anti-democratic forces of the corporate and totalitarian oil industry maintain a chokehold on global economic growth and development, we stand to lose even more of our freedoms and wealth. And, to be sure, no one whose power ultimately rests on a platform of controlling the flow of fossil fuels to hopelessly dependent customers is going to willingly allow a sustainable energy industry to take root and grow into a competing factor. It will strangle it in the cradle, so to speak.

So, is Obama's move an attempt to buy time and cover so we in the West can innovate and develop a sustainable energy industry (as he's promised) or merely a caving to entrenched oil interests that have had their grip on power lo these many years? Is this Obama's attempt at a grand strategic solution to the same set of problems that G.W. Bush and his father sought to answer by foolishly and misguidedly invading Iraq? No one can say for sure now; the real political battle is just beginning. But it is the crucial—nay, it is the existential question to ask.

Email ThisBlogThis!Share to TwitterShare to FacebookShare to Pinterest
Labels: Articles of Faith, Parameters of the Last Ark

So cynical am I that my first reaction to Obama's announcement was this is a kabuki, punch Liberals political swerve, both for PR now that the media is portraying him as winning and for cover for coming green battles.

He may not play eleventy-dimensional chess, but he's figuring out *this* game.

This is praise for his gamesmanship, not for his soul.