Ur-story: Death of a Salesman 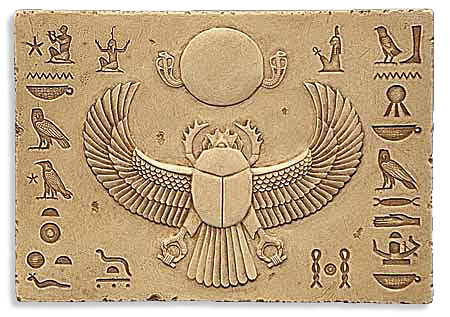 In our take on Beckett's Malone Dies, we examined his uncompromising look at the ultimate isolation of the soul in its long, lonely, bleak struggle towards death: there is no escape even in storytelling. In our next text, we see this Ur-story theme played out in fantastical form.

Okay, see if you recognize this story: a traveling salesman returns home from many a long night on the road. His life on the road is deeply unsatisfying, consisting of meetings and meals full of false, forced bonhomie. He gets no real, human connection from his work relations with clients and co-workers. His bosses at the job where he works (apparently to pay off a debt incurred earlier by his father) are dedicated company men, rigid time-servers who have no real concern for him other than his value as a functionary, a producer. He is never at home on the road. What's more, the product he peddles is just some irrelevant commercial merchandise of no real, existential significance.

Figured it out yet? Read on.

More: Once home—where he rarely stays—between trips, he realizes he doesn't really belong there either. He is unmarried. His travels have provided a good, modest, middle-class living for his parents and his teenaged sister. They have a nice, three-bedroom apartment (similar to the one in The Death of Ivan Ilych) in a decent part of town. The problem, however, is they hardly know him. He is gone so much, they don't know who he really is. Oh, they recognize him as their son and brother; but, beyond that, the closer he tries to get to them, the more repulsed they are by him. He seems like a sincere chap and wants to (re-)insert himself into the family's activities. He continually approaches them, but, it seems, they would prefer him to be out earning on the road. They would prefer not to have to deal with him. This injures him physically as well as emotionally. Ultimately, his sense of his own humanity unreinforced in the world and fading from him, he dies of his wounds and inflicts his hideousness upon them no longer. The family decides they will be able to get by just fine without him and agree to take a smaller apartment.

What if I quoted you the first sentence—truly one of the greatest, most famous first sentences in all of Western literature: "As Gregor Samsa awoke one morning from uneasy dreams he found himself transformed in his bed into a gigantic insect." (Muir translation)

Of course, it's The Metamorphosis, or The Transformation by Franz Kafka (1915). For good measure, here's the new Corngold translation: "When Gregor Samsa woke up one morning from unsettling dreams, he found himself changed in his bed into a monstrous vermin." 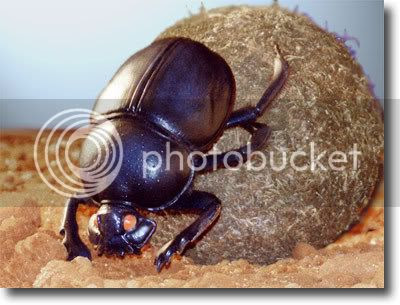 "Of course, no matter how keenly, how admirably, a story, a piece of music, a picture is discussed and analyzed, there will be minds that remain blank and spines that remain unkindled. 'To take upon us the mystery of things'—what King Lear so wistfully says for himself and for Cordelia—this is also my suggestion for everyone who takes art seriously. A poor man is robbed of his overcoat (Gogol's 'The Greatcoat,' or correctly 'The Carrick'): another poor fellow is turned into a beetle (Kafka's 'The Metamorphosis')—so what? There is no rational answer to 'so what.' We can take the story apart, we can find out how the bits fit, how one part of the pattern responds to the other; but you have to have in you some cell, some gene, some germ that will vibrate in answer to sensations that you can neither define, nor dismiss. Beauty plus pity—that is the closest we can get to a definition of art. Where there is beauty there is pity for the simple reason that beauty must die: beauty always dies, the manner dies with the matter, the world dies with the individual. If Kafka's 'The Metamorphosis' strikes anyone as something more than an entomological fantasy, then I congratulate him on having joined the ranks of good and great readers." (251)

Kafka's story, like so many of its Ur-story peers, is about the impact of the awareness of our own mortality—our humanity—on the way we live our day-to-day lives. The monstrous beetle Samsa turns into is an obvious metaphor. Its meaning is infinitely debatable, and that's what makes it so powerful. But, what Kafka does, originally and profoundly, is to literalize the metaphor: the metaphor becomes the reality and sets the story into motion. This is a technique used to great, Nobel-winning effect by the Portuguese novelist Jose Saramago in Blindness, The Double, etc. As readers, we accede to the reality of these texts which just is the reality created by the writers and "experienced" by the characters—the willing suspension of disbelief.

Without attempting to gauge its meaning per se, we can look at the parameters of the metaphor in the only context in which it matters: the story. Gregor wakes up one morning from a troubled dream and discovers he has turned into a giant insect. That no panic or abject disbelief intrudes should clue us in to that fact that Kafka is unconcerned about reality or realism or verisimilitude here. Gregor accepts the fact that this is who he is now—this is his reality now—and attempts to deal with it. He is isolated in his bedroom. He is the only one this has ever happened to as far as he or anyone else knows. This insect is his essential self actualized, materialized, physicalized. Really, this is all we need to know.

The first section of the book, the family's discovery of and coming to grips with Gregor's new situation, has moments of pure comedy, ending in a bit of near-Vaudevillian slapstick. The second section involves Gregor's prolonged, pathetic struggle to retain or recapture any semblance of the humanity he has lost, ending in what turns out to be a mortal wounding by his father. The last section witnesses Gregor's tragic, lonely death soon after he hears his sister, Grete, playing violin for the family's boarders. It proves to be a relief for the rest of the family who've had to hire a charwoman to 'handle' Gregor: the family is able to normalize its life once again without the insect intrusions of their strange son.

Gregor, though hideous to those around him, seems to be a selfless, beautiful soul. He tries to cling to his humanity to the end. He is unsuccessful in one sense. In another, though, he achieves the tragic insight we must all reach: no matter how much we reach out, no matter how much we try to connect with our friends, co-workers, and family, we are fated to die isolated in our own individual carapaces, ultimately alone, ultimately misunderstood. This, of course, is nothing other than the essence of great literature, the Ur-story, told in a startling, unique, original form.

As for the realism issue: we know no one actually turns into a bug in real life. Kafka's story is unrealistic in that sense. But, in a manner we brought up in relation to Tom McCarthy's Remainder, there is an aspect of ur-realism in Kafka's story: at some fundamental level, each of us struggles each day, individually, with the real world of beds, sofas, desks, chairs, tables, doors, food and water, light and dark, gravity, relatives, co-workers etc. in and through and within the mechanism of our isolated, ungainly bodies. Human relations are tenuous, fragile. No one ever really fits in. And, in an uncaring world, it is all too easy to lose our own humanity.

Interestingly, and often quite unnoticed, the story ends with yet another transformation after Gregor's death: that of Grete:

"The greatest immediate improvement in their condition would of course arise from moving to another house; they wanted to take a smaller and cheaper but also better situated and more easily run apartment than the one they had, which Gregor had selected. While they were thus conversing, it struck both Mr. and Mrs. Samsa, almost at the same moment, as they became aware of their daughter's increasing vivacity, that in spite of all the sorrow of recent times, which had made her cheeks pale, she had bloomed into a pretty girl with a good figure. They grew quieter and half unconsciously exchanged glances of complete agreement, having come to the conclusion that it would soon be time to find a good husband for her. And it was like a confirmation of their new dreams and excellent intentions that at the end of their journey their daughter sprang to her feet first and stretched her young body."

[Anyone notice we managed to get through the entire post without using the word 'alienation'?']
Posted by Jim H. at 15:35