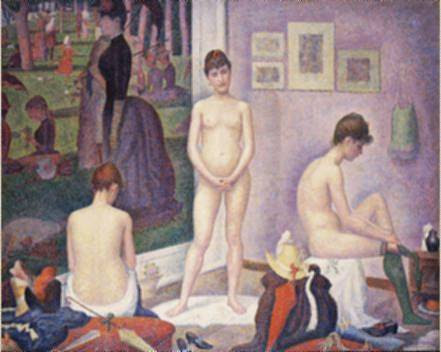 Roger Scruton is a smart man, a philosopher. Here, he casts the problem of atheism vs. theism rightly, but draws an unwarranted conclusion. He says:

This strange universe of black holes and time warps, of event horizons and non-localities, somehow becomes conscious of itself. And it becomes conscious of itself in us. This fact conditions the very structure of science. The rejection of Newton’s absolute space, the adoption of the space-time continuum, the quantum equations – all these are premised on the truth that scientific laws are instruments for predicting one set of observations from another. The universe that science describes is constrained at every point by observation. According to quantum theory, some of its most basic features become determinate only at the moment of observation. The great tapestry of waves and particles, of fields and forces, of matter and energy, is pinned down only at the edges, where events are crystallised in the observing mind.

Consciousness is more familiar to us than any other feature of our world, since it is the route by which anything at all becomes familiar. But this is what makes consciousness so hard to pinpoint. Look for it wherever you like, you encounter only its objects – a face, a dream, a memory, a colour, a pain, a melody, a problem, but nowhere the consciousness that shines on them. Trying to grasp it is like trying to observe your own observing, as though you were to look with your own eyes at your own eyes without using a mirror. Not surprisingly, therefore, the thought of consciousness gives rise to peculiar metaphysical anxieties, which we try to allay with images of the soul, the mind, the self, the ‘subject of consciousness’, the inner entity that thinks and sees and feels and which is the real me inside. But these traditional ‘solutions’ merely duplicate the problem. We cast no light on the consciousness of a human being simply by re-describing it as the consciousness of some inner homunculus – be it a soul, a mind or a self. On the contrary, by placing that homunculus in some private, inaccessible and possibly immaterial realm, we merely compound the mystery.

Being conscious of our own consciousness, knowing that we know, does increase our yearning for transcendence. Sets us apart from the world. After all, isn't this the true basis of existential alienation? How can we reconcile this 'awareness mechanism' we perceive ourselves to be with the objective world of tables and chairs, moons and stars, atoms and quarks, etc.? Scruton believes this question obviates the scientific answers and necessitates the religious ones (even if those religions themselves remain primitive and uncivilized and un-Enlightened).

We, on the other hand (from our avowed agnostic POV), find the search for the understanding of consciousness to be at the heart of our Ur-story theme. Think back to the Gilgamesh: his great grief over the death of his boon companion, Enkidu, led him to embark on his epic quest for immortality. This is the hero quest for the 'why' of existence. Why are we born to have happiness and love and adventure only to suffer loss and, eventually, our own death? What happens to us, emotionally, when we become conscious of our own extreme mortality? How can anything in this life (this mortal veil, this natural world) explain something so profound as coming to consciousness and its ultimate extinction? [This is a question Godel modeled from a logical point of view about the foundational axioms of mathematics, as did the later Wittgenstein with respect to languages in general.] But, more than this, this is the great Ur-story of fiction (as it has come down to us from epic poetry and tragedy).

Agreed, then. Consciousness makes no sense in the scientific scheme of things. Yet, that does not necessarily imply the religious answer Scruton proffers. Fiction creates models of consciousness for our delectation; recall this:

"..the consciousness contained in any text is not an actual functioning consciousness; it is a constructed one, improved, pared, paced, enriched by endless retrospections, irrelevancies removed, so that into the ideal awareness which I imagined for the poet, who possesses passion, perception, thought, imagination, and desire and has them present in amounts appropriate to the circumstances—just as, in the lab, we need more observation than fervor, more imagination than lust—there is introduced patterns of disclosure, hierarchies of value, chains of inference, orders of images, natures of things. ...It remains for the reader to realize the text, not only by reachieving the consciousness some works create (since not all books are bent on that result), but by appreciating the unity of book/body and book/mind that the best books bring about..."[Wm. H. Gass, "The Book as a Container of Consciousness," in Finding a Form, pp. 348,351]

What's more, 'realistic' fiction attempts to preserve a semblance of the world as we found it—accurate depiction assists in isolating and modeling consciousness for our inspection (though 'magical realism' and other forms of experimental fiction provide alternate inroads to an understanding and modeling of consciousness the value of which we make no pretense to evaluate here).

And, perhaps, this answers the somewhat inflammatory question from our previous post about the value of criticism: criticism on our Ur-story model would be the enterprise of comprehending and evaluating the metes and bounds of the various models of consciousness set forth in the works of fiction under scrutiny: a consciousness of consciousness, if you will. Somewhat nobler an enterprise—more attractive, say—than the double-parasite model, eh?
Posted by Jim H. at 15:08