The Who Sell Out? 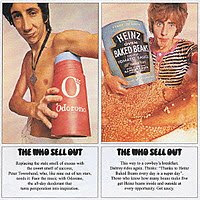 I think it's going to take some time for me to wrap my head around this one. Lexus, the Japanese luxury car company, has hired nine writers to write one chapter each in a long-form copy ad for one of its new model cars. They are calling it a "novella". [Tip of the hat to Jeff B. over at Syntax of Things for alerting us to this.]

We've read much about the commercialization/commodification of literature. For example, here:

AMS: An American reads a book, and often as not it is treated as an economic reality rather than as a political risk. Book packaging will receive as much attention as what’s being packaged. I don’t want to demean contemporary literature at all, but it is constrained perhaps by the emphasis on what the next thing will be to make a splash.

WHG: That commercialization process increasingly bothers me. It has gotten so much worse, and it has made the art world a zoo. When I was writing this piece recently for "New York Review" on Johns, I just kept thinking, what does it do to a painter to know that every brush stroke is inescapably another hundred thousand dollars? How does one manage to deliver the right critical notice? I’m glad literature is spared that, or rather, that it is milder in our case. [Interview with Wm. S. Gass]

But this is something new entirely.

In the Sixties and Seventies, there was a great uproar about Bob Dylan "selling out" by going electric at the Newport Folk Festival. Nowadays, you've got Led Zep songs in Cadillac commercials, Wilco songs in VW ads, and "Ginger" by The Lilys in yet another Caddy addy. Still, these guys aren't yet writing original songs for the ads (tho', a number of rockers have always written anonymous jingles and movie soundtracks).

This is one of the unintended consequences of Warhol's pop art movement, perhaps its obverse: instead of "the transfiguration of the commonplace" we have the commercial utilization of the aesthetic.

I think it would be altogether too facile to dismiss this "novella" because these writers are merely writing "copy". After all, patronage has a long and distinguished history in the arts, whether in the form of sponsorship or commissioning—from the Medici boys who managed to get their visages immortalized in Rafael's Transfiguration to Maxim Gorky's glorification of the Soviet state to Bach's transcendent sacred musics. And, who knows, judged by objective—let's call it New Critical—standards, the damn thing might be well written, even if by committee. By the same token, it would be entirely fatuous for these writers to claim their marketing of Lexuses is merely "product placement" as we see in all the movies.

Who are we to say these writers can't do what they need to to earn a living wage? In the U.S., unless you write commercial or genre fiction, or resort to memoir or hit the jackpot with a screenplay, it's tough to sell your work. Still, in our mind there's now a bit of an "ick" factor attached to their names and we will have some trouble getting past it when it comes to reading, much less purchasing, any further work of any of these writers.
Posted by Jim H. at 16:46