Yet Another Crude Argument from Yours Truly 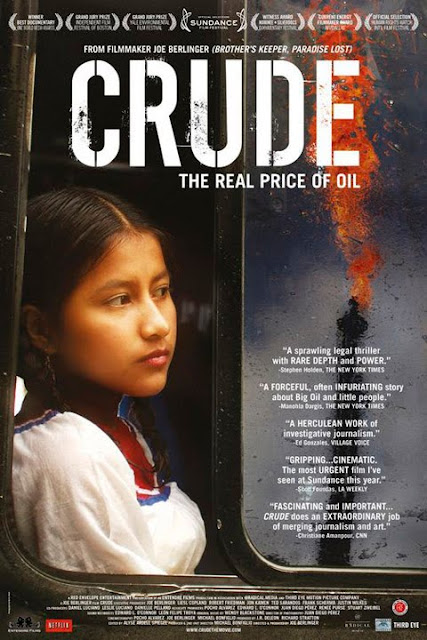 Like it or not, market forces control our economic destiny. I'm a realist, not a revolutionary. Hell, even the Marxists are having trouble identifying and identifying with revolution-like events in places like Libya and now Syria, because right now they seem to be shapeless, and they don't involve Western-type bourgeois States: "Do we support U.N./Obama imperialist interventions or not? Ewww."

If, like me, you were anywhere around a college in the 1970s, you probably had a friend or an acquaintance who was a computer freak. What a dweeb, you probably thought, as he obsessed about "getting computer time." Meanwhile, if that guy didn't drop out and become pretty wealthy very fast, he graduated and pretty much did the same thing. Because of the age of my own kids now, I have the opportunity to meet a bunch of HS- and college-age kids. The one thing I keep hammering home to them is that things like environmental sciences and sustainable engineering and desalination technologies and food sciences are the new computers. If they want to do very well and, at the same time, do good, they should pursue a career in these and similar areas. If you are an investor, a {ahem} capitalist, you could do a helluva lot worse than investing in such green type industries and funds.

And it won't just be a bubble. Real estate, for example, was a predictable bubble based solely on demographic realities. The baby boomers (not just a marketing term) needed places to live as they formed familial units. There were millions and millions of them. And as they got richer on the benefits they gleaned from the Space Age and the Information Age, they demanded bigger and better places than their parents. But, with that wealth, came a decline in reproduction—apparently that's an entirely predictable economic fact. The generation that followed them did not generate nearly as much wealth and was not nearly so populous. Ergo there was less demand for housing. Market forces.

Sustainability, it should be readily apparent, has to be integral to the on-going life of our species and its civilization. Its bubble, if you will, is tied to our own survival.

Some more links on the subject of true costs of energy:

Scientists have found a way to work around the costs of platinum in solar fuel cells using carbon nanotubes. Costs of solar energy should decrease exponentially over the next few years. Remember Moore's Law?

The defense industry is joined at the hip with the nuclear industry.

One of my greatest joys in scuba diving is encountering sea turtles. This article documents the amount of plastic found in one juvenile sea turtlerecently. Here's the pic: 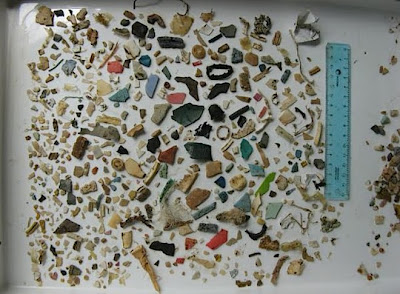 Oh, and more on the fraud of fracking.

Email ThisBlogThis!Share to TwitterShare to FacebookShare to Pinterest
Labels: Parameters of the Last Ark

Re: the turtle. Yikes. And seems like I definitely have to Netflix that flick.

Now I just need to find a better way to shoo off the deer from chowing down on our greens. The series of scarecrow past pretzeldents didn't work all that well.

My interior conversations consist mainly of The Realist arguing against The Idealist. I'll give you a solitary guess as to which voice the Oxtrot pen-name bears & represents.

It would be so nice to continue to believe in the false platitudes, the possibility of reform. It would. But as a realist, I find myself asking one fundamental question, to wit: In the era of global capital markets, why does an investor/capitalist in NYC get around 1% in a savings or money market account and an investor/capitalist in Sydney "earn" around 8% on that same dollar (they more or less have parity with the U.S. dollar). Don't the investment managers get their MBAs and PhDs in Finance at the same graduate schools, have access to the same models, have more or less similar regulatory constraints? What possible explanation for the disparity, other than this is what Power judges it must concede given the political realities on the ground in each locale (and I would posit that that calculus is very much based on the assessment of the readiness of the state security system to enforce its will),Jim? I really would love to discuss this; I would truly appreciate hearing you air your thoughts.

I withdrew my participation in the capital markets (Fidelity will survive) and the electoral system (so will the Democrats) just prior to the last election cycle for the very same reason, to wit: I no longer wanted to be a full-fledged voluntary dues-paying member of Suckers Anonymous. I discovered that I was finally priced out.

I remember your post about whether it was advisable to argue or even fight (intellectually) with your friends, neighbors, and relatives about certain supernatural Christian beliefs you found to be anti-scientistic and even ridiculous. And at the time, I offered that it was a matter of respect, that if you didn't engage in the debate, you would lose your respect and maybe even love (as those two elements are so often linked) for them anyway, so you might as well chance it.

We are there. I am anyway.

Staged delusions, illusions; it's all on a spectrum of dupedom. But in my realist mind, Wesdom sidling up to giving credence to Mayan prophecies surrounding 2012, and your abiding belief in the possibility of rationalizing what was never (I now see) meant to be rational in the first place, despite mountains of propoganda to the contrary, are logically equivalent.

Disabuse me. Show me, please, as you have done so effectively on several prior occasions, where I'm wrongheaded, where my thinking is inconsistent,or undeveloped, or clouded, or...

CFO: Don't get paranoid on me. Didn't mean to eavesdrop on the clusterfuck that seems to be your internal debate.

FM: Apparently, Blooger (TM: BDR) put some of your comments in my spam folder which I almost never check except to delete en masse. I think I recovered a couple, and they should show up now. Like this one. BDR reached me.

I thought capital in this new global economic order was supposed to flow to the point of best returns. No borders, etc. Oz, huh? 8%? They must be desperate for capital, or else their bankers have even better places to lay it off. Hmm. Didn't like a third of the country get deluged by that Katrina-sized cyclone this summer? The U.S. seems not to give a shit. It just prints mo' money when it needs to finance more warfare—but gawdfabid it should feed its poor. It doesn't want us to save our monies, it wants us to spend, spend, spend. Go shopping. Hyper-consumerism is what floats the battleships, eh? That, as we've seen, is a house of cards.

If you believe CFO & BDR, among others, you're a member of SA no matter what you do with your dollars. You're paying your dues anyway you slice it. And I'm not saying they're wrong. I just want them to be, fool that I am.

With family, my prime directive is, well, the Prime Directive. Don't interfere, don't provoke—at least at that level. None of us needs the pain. Truces are a form of respect. Conversion can be insulting.

[NB: It's Wisdomie, the college-age one, who loves to be provocative with that Mayan shit. He loves to tangle and needle as he finds his way through whatever he has to find his way through. It gets on my nerves, but I know he's searching, struggling to find meaning on his own terms. In EULOGY I call it 'differential man'. I'll throw that quote up on the front page sometime. I've sort of learned he has to make his own way, meaning make his own mistakes. Just so you know, Wesdom is completely different. Independent but not so provocative.]

As for my delusion [?] about trying to rationalize (not in the psychotherapeutic sense, btw; or is it?) the irrational: I guess that's my own little candle against the increeping of the darkness. Can't I keep it? As a bulwark against my own internal Charlie Sheen?

Thanks for the great comments, all!