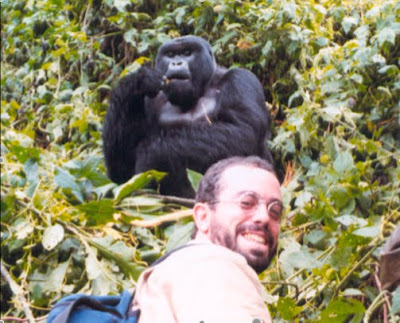 Even if you've been paying attention, you might not be aware that there's a humanitarian crisis going on in Central Africa. According to this article from the BBC, "The number of people killed in a decade of war in the Democratic Republic of Congo may be half of the accepted toll of 5.4 million, a study has suggested." Still, that means that close to 3 million people have been killed in DRC in the last ten years. Did you know that?

What is the civil war about? Poverty? No doubt. Ethnic hostilities? Sure, but these have been manipulated by outside interests seeking access to the region's most important resource: minerals. Sound familiar? No, I'm not talking about 'unobtainium', but close. According to this article by the Corporate Social Responsibility Newswire, "The DRC is one of the most mineral-rich countries in the world, with sizeable deposits of gold, tantalum, tin and tungsten. The majority of the minerals are smuggled to neighboring countries where they are sold to smelters, and ultimately find their way into products such as cell phones, laptops, and video games, as well as components for automobiles, airplane engines, and medical devices." Ever hear of 'coltan'—no, I hadn't either. Yet, apparently it's a crucial element in such conveniences as cell phones, computer chips, and nuclear reactors.

There are also diamonds. Did you know that Pat Robertson, the television huckster who claimed on his religion-themed informercial, the 700 Club, that the Haitian people deserved the devastation of the recent earthquake because they had made a "pact to the devil," owned a private diamond mine in Eastern Congo? According to investigative reporter Greg Palast:

"Through an emotional fundraising drive on his TV station, Robertson raised several million dollars for the tax-free charitable trust. Operation Blessing bought planes to shuttle medical supplies in and out of the refugee camp in Goma, Congo (then Zaire).

But investigative reporter Bill Sizemore of the Virginian Pilot discovered that over a six-month period - except for one medical flight - the planes were used to haul equipment for something called African Development Corporation, a diamond mining operation a long way from Goma. African Development is owned by Pat Robertson."

And that's to say nothing of the potential devastation to the habitat of the endangered mountain gorillas, of which there may be only some 700 individuals in the wild.

Sometimes fiction can illuminate situations. Here's a story from the current Journal of War, Literature & the Arts about the region, its beauty and its brutality, its gorillas and its guerillas. [Full disclosure: I have what you might call an intimate knowledge of the author (as well as that grinning jackass in the photo above from 1988).]
Posted by Jim H. at 22:55

I'm apescat to read your story but alas the file is damaged and cannot be repaired. Can you please re-link it?

The link worked fine for me; the file is a PDF. You may need to update your browser, or get the latest version of Adobe Reader, or something like that.

Alternatively, here's a link to the journal itself http://www.wlajournal.com. From there, you can navigate to the current issue and then to the Fiction section thereof.

Let me know if this doesn't work.

I kept doing the same thing over and over again and eventually got into the file, single-handedly disproving the canard about repetition and insanity. Of course I want to ask you about hands (and ultimately feet) as a motif in the story and knuckle dragging and dirty hands in our official foreign policy but I'll wait for others to finish reading. However, this vision you offer of schizophrenics in manacles makes sense in a world where big pharm gouges everybody for everything. Here's an article about current pricing practices for schizophrenia drugs http://www.thefreelibrary.com/Bitter+pill:+costs+surge+for+new+schizophrenia+drugs-a0156002006 and this one about proposed budget cuts at the state budget level http://www.cbpp.org/cms/?fa=view&id=1214

Brim over I assent to but I dream the collection should prepare more info then it has.