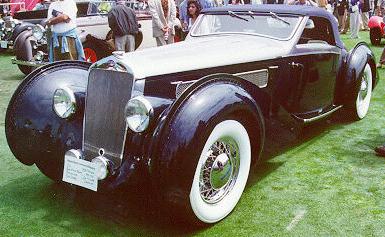 Now that Spring Training is in full swing, I thought I would read a book that's been sitting on my shelf for several years entitled A Sport and a Pastime by James Salter. Boy was I in for a shock!

Seriously, Salter's Light Years is one of my favorite novels. It succeeds on so many levels I come back to it perennially for instruction in fictional, esp. narrative, technique. And Dusk and Other Stories is required reading for any serious practitioner.

Sport is in the great tradition of Gatsby novels: a narrator (Nick Carraway and the unnamed narrator here) relates a tale of a passionate and, at the last, tragic affair of a larger-than-life figure (Gatsby and Phillip Dean here). Dean, who is a Yale drop out, hooks up (in the parlance of our times) with a beautiful, but simple, young, underclass Frenchgirl. He arrives out of the blue one day in the small, provincial town where the narrator is practicing his photography, driving a decadent old convertible. The narrator finds him highly romantic and heroic ("like the pull of a dark star"), especially because the narrator is so inept at sexual conquest. Watching Dean and Anne-Marie, or rather imagining them, is indeed a spectator sport.

However, nothing that happens in the narrative can be taken at face value and the narrator tells us that right off. He is reliably unreliable.

Certain things I remember exactly as they were. They are merely discolored a bit by time, like coins in the pocket of a forgotten suit. Most of the details, though, have long since been transformed or rearranged to bring others of them forward. Some, in fact, are obviously counterfeit; they are no less important. One alters the past to form the future. (Ch. 8)

I see myself as an agent provocateur or as a double agent, first on one side—that of truth—and then on the other, but between these, in the reversals, the sudden defections, one can easily forget allegiance entirely and feel only the deep, the profound joy of being beyond all codes, of being completely independent, criminal is the word. Like any agent, of course, I cannot divulge my sources. I can merely say that some things I saw myself, some I discovered, for after all, the mutilation, the delay of as little as a single word can reveal the existence of something worthy to be hidden, and I became obsessed with discovery, like the great detectives. I read every scrap of paper. I noted every detail.

Some things, as I say, I saw, some discovered, and some dreamed, and I can no longer differentiate between them. But my dreams are as important as anything I acquired by stealth. More important, because they are the intuitive in its purest state. Without them, facts are no more than a kind of debris, unstrung, like beads. The dreams are as true and manifest as the iron fences of France flashing black in the rain. More true, perhaps. They are the skeleton of all reality. (Ch. 9)

I've read no better, no more precise definition of the nature and art of fiction anywhere. This is the artist weighing in on the critical discussion (Wood, Robbe-Grillet, realism, etc) we've been engaged in for the past few weeks. It is theory. And, if the whole book were like this, it would be insufferably 'meta-'.

But, sandwiched between the two block quotes, Salter shows us just how it's done. The narrator and Dean drop off Anne-Marie at her flat: "This room—a squad of inspectors could never find it—in a narrow building. This room I am never to visit." Then, two paragraphs later, he gives the kind of description of the room and the two of them saying goodnight in the room you would expect of someone who closely observed the entire thing:

She stoops with the match, inserts it, and the heater softly explodes. A blue flame rushes across the jets, then burns with a steady sound. There's no other light in the room but this, which reflects from the floor. She stands up again. She drops the burnt match on the table and begins to arrange clothing on the grill of the heater, pajamas, spreading them out so they can be warmed. Dean helps her a bit. The silk, if it's that, is quite cold. And there, back from the Vox opposite the Citroen garage, its glass doors now closed, they stand in the roaring dark. In a fond, almost brotherly gesture, he puts his arms around her. They hardly know one another. She accepts it without a word, without a movement, and they wait in a pure silence, the faint sweetness of gas in the air. After a while she turns the pajamas over. Her back is towards him. In a single move she pulls off her sweater and then, reaching behind herself in that elbow-awkward way, unfastens her brassiere. Slowly he turns her around.

She leaves his kisses finally to stand against the wall, arms at her sides.

"Jeanne d'Arc," she says. The tremulous blue plays across her. Her features seem resigned.

He takes her by the arms. She turns her face to the light. He is her executioner, she says. The word thrills him. His knees tremble.

He puts her to bed in her warm pajamas. She is innocent, he decides. She smiles softly, the calm of a long convalescence in her face. Finally he turns to go, but at the door her voice stops him. Yes? Turn out the light, she says. He does. Like Lucifer, he creates darkness and he descends.

This is pure sensual and sensuous artistry. It does not pretend to be 'real'. We know it is imagined. Yet we are drawn wholly into the illusion because it appeals to nearly all our senses—except, oddly, taste (should there have been the salty lick of perspiration or the waxy sweetness of French lipstick? Who's to say?) The action is closely observed. The dialogue revealing in a way pedestrian conversation almost never can be. The emotion as tremulous as the reflection of the blue flame of the gas heater on the cheap shine of the wooden floorboards.

This is what fiction does that memoir cannot. It takes us closer than we might otherwise get. And it does so precisely in its direct appeal to our senses. Salter is not merely visual.

There is so much more to be said about this novel—its narrative development, its use of foreshadowing, the descent into sexual adventurism, the morality, etc.—but I will save those for other posts.
Posted by Jim H. at 14:15

Email ThisBlogThis!Share to TwitterShare to FacebookShare to Pinterest
Labels: A Sport and a Pastime, James Salter