A Nest of Bunnies 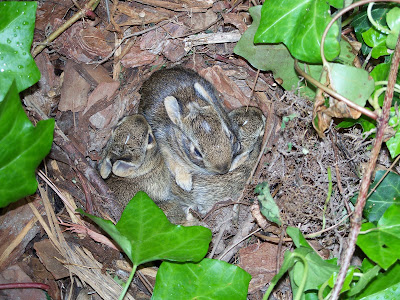 Keeping with the Earth Day theme, while gardening this week we discovered the above nest of adorable bunnies in a bed of ivy. We called our Vet to ask whether we should rescue them or move them or just leave them be. The doctor told us not to touch them. The momma bunny would come by every evening to feed them. Rabbit milk, apparently, is very rich, and they only need to be fed once a day. They have been growing each day, their burrow hidden from preying hawk eyes by the ivy and the Bradford Pear tree in the side yard.

Source: Hubblesite.org
This week marks the 20th anniversary of the Hubble Space Telescope. This has been one of the great and marvelous successes of the human race. We are privileged to have lived during this remarkable period of discovery. Hubble can peer back nearly to the beginning of the first appearance of starlight in the universe, some 13.1 billion years ago. Unfathomable. And yet there's so much we do not know about our universe. 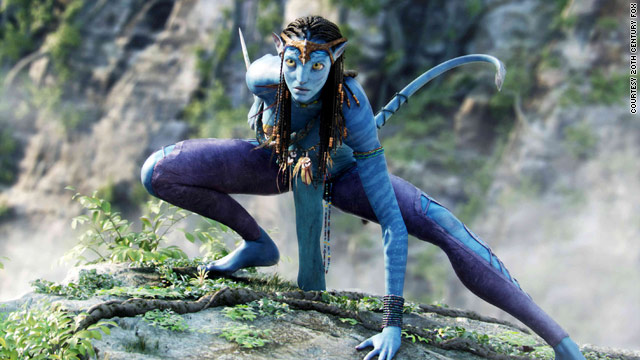 Following up on an earlier set of posts, Parameters of the Last Ark, I found this quote from Sir Stephen Hawking, widely viewed as one of the smartest men who ever lived: “If aliens visit us, the outcome would be much as when Columbus landed in America, which didn’t turn out well for the native Americans.”

Such an encounter need not be a replay of Roland Emmerich's Independence Day or James Cameron's Avatar. Certainly, if a migratory alien civilization discovered us in our little Earthen bunny nest anytime in the near future, we would be as vulnerable to them as those little bunnies are to us human gardeners, for they will have mastered interstellar, if not intergalactic, travel. Much would depend, then, on the aliens' motives for travel: survival, discovery, conquest, colonization, predation, etc., and their own resourcefulness.

One of the arguments I attempted to make in my "Parameters of the Last Ark" posts was that at some point life as we know it is going to have to evacuate Spaceship Earth, whether as a result of natural disaster or to avoid one. Depletion of resources, death of our star, meteor collision, nuclear winter, etc. If, I pointed out, we had attained such an advanced degree of civilization as to be able to escape en masse—i.e., we had become a Type 1 or Type 2 civilization, that is to say we could harness the entire energy of a planet or a star (or even a galaxy) to fuel our escape—we could surely produce self-sufficient means of transportation, perhaps even movable planets. We might not necessarily need to destroy another civilization to survive. Certainly, a planetary home would be nice, but not absolutely necessary.

The same, it seems to me, would apply to aliens on the move.

The only question would be whether we'd be able to take the bunnies with us. 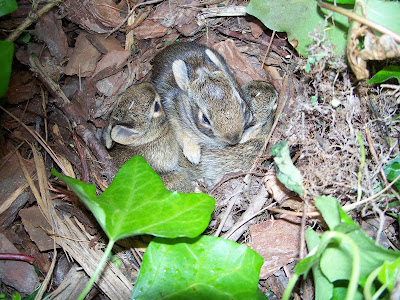 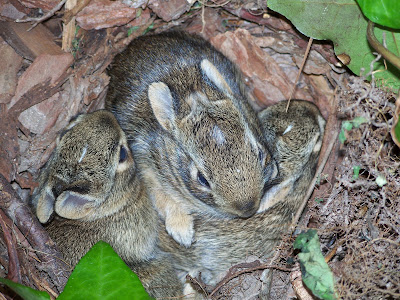