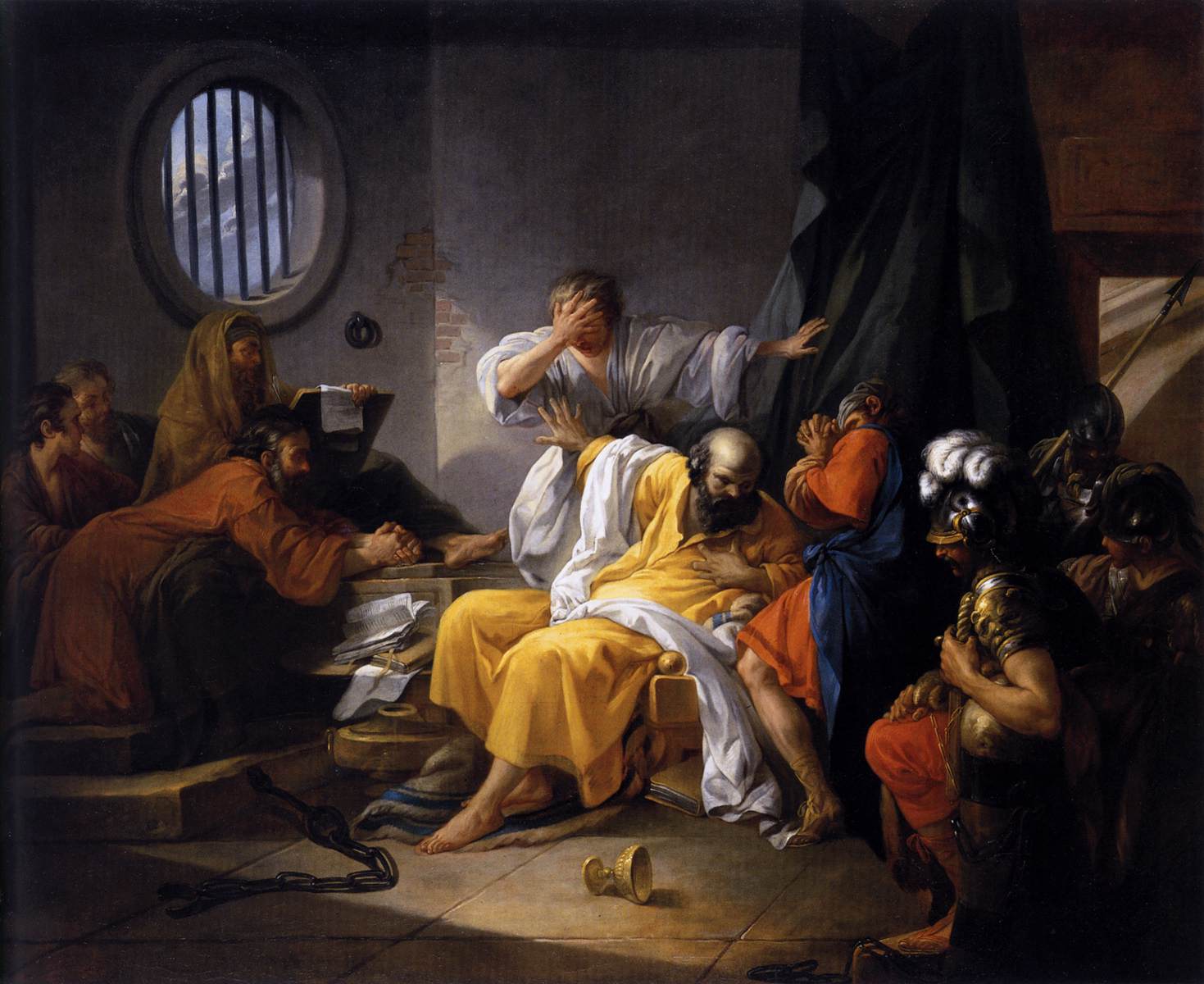 When I started this set of posts on Tolstoy's The Death of Ivan Ilych I didn't think it would be so intense and detailed. There are plenty of gaps in my literary education and Tolstoy's works is one of the biggest. I first started to read TDoII because its theme related to a theme of the novel I'm now working on. It was purely for research—to see how he handled it over a century ago. Yawn. I never expected to find it so compelling. I know, I know. Tolstoy is one of the greats, how could it not be wonderful? Let's put it this way: I've been fooled before.

Where were we? Right. The last time we dropped in on poor II, we found Count LeoTolstoy slumming—spiritually at least—with the peasant Gerasim. He was allowing his simple young servant to provide some aid and comfort to the bourgeois enemy. It does not last long. II's pain increases. Doctors continue to come and go, functionary professionals just like the lawyers with whom II practiced before he was taken ill. Ivan feels himself losing control of his family and household. He stews internally, his rage boiling as the family discusses their plans for attending a performance that evening by the famed actor Sarah Bernhardt. Yet, when they leave—their falsity and "decorous deception"—the pain remains.

"Till three o'clock he slept a miserable sleep. It seemed to him that he and his pain were being thrust somewhere into a narrow, deep, black sack, and they kept pushing him further and further in, and still could not thrust him to the bottom. And this operation was awful to him, and was accompanied with agony. And he was afraid, and yet wanted to fall into it, and struggled and yet tried to get into it. And all of a sudden he slipped and fell and woke up. ... he could restrain himself no longer, and cried like a child. He cried at his own helplessness, at his awful loneliness, at the cruelty of people, at the cruelty of God, at the absence of God." (Ch. IX)

Then begins an internal dialogue. Ivan wants only to live the way he used to live and no longer suffer. But when he begins to relive his life, it now seems "trivial, and often disgusting". "It was like a memory of someone else." Only his childhood, he realizes, held any joy. Law school sucked (so what's new!). His marriage was "as gratuitous as the disillusion of it and the smell of his wife's breath and the sensuality, the hypocrisy." His professional life entailed nothing but soul-deadening anxiety.

"'Can it be I have not lived as one ought?' suddenly came into his head. 'But how not so, when I've done everything as it should be done?' he said, and at once dismissed this only solution of all the enigma of life and death as something utterly out of the question."

Tolstoy, in full preacherly mode, is telling us this is the one question we should never avoid: What does it mean to live a good life? How ought one to live? This question, as old at least as Socrates, should guide our lives, should be of ultimate concern. When it intrudes latterly on the defenses set up by the unexamined bourgeois life it will be with all the attendant pain Tolstoy here inflicts on poor Ivan Ilych.

II begins to lose hope of ever recovering. His illness has persisted three excruciating months, worsening by the moment. His suffering has become nigh unbearable. "Just as the pain goes on getting worse and worse, so has my whole life gone on getting worse and worse," he thinks. Yet he cannot comprehend what his life, with all its propriety, correctness, and regularity, was for.

He resists the thought for a couple weeks, but soon the revelation dawns upon him:

"His moral sufferings were due to the fact that during the night, as he looked at the sleepy, good-natured, broad-cheeked face of Gerasim [!], the thought had suddenly come into his head, 'What if in reality all my life, my conscious life, has been not the right thing?' The thought struck him that what he had regarded before as an utter impossibility, that he had spent his life not as he ought, might be the truth. It struck him that those scarcely detected impulses of struggle within him against what was considered good by persons of higher position, scarcely detected impulses which he had dismissed, that they might be the real thing, and everything else might be not the right thing. And his official work, and his ordering of his daily life and of his family, and these social and official interests,—all that might be not the right thing. He tried to defend it all to himself. And suddenly he felt all the weakness of what he was defending. And it was useless to defend it.

'But if it's so,' he said to himself, 'and I am leaving life with the consciousness that I have lost all that was given me, and there's no correcting it, then what?' He lay on his back and began going over his whole life entirely anew. When he saw the footman in the morning, then his wife, then his daughter, then the doctor, every movement they made, every word they uttered, confirmed for him the terrible truth that had been revealed to him in the night. In them he saw himself, saw all in which he had lived, and saw distinctly that it was all not the right thing; it was a horrible, vast deception that concealed both life and death. This consciousness intensified his physical agonies, multiplied them tenfold. He groaned and tossed from side to side and pulled at the covering over him. It seemed to him that it was stifling him and weighing him down. And for that he hated them." (Ch. XI)

II's wife coerces him to take the sacrament. He lies to her and tells her it makes him feel better, but the hatred still thrives within him. "From that moment there began the scream that never ceased for three days..."

"All those three days, during which time did not exist for him, he was struggling in that black sack into which he was being thrust by an unseen resistless force. He struggled as the man condemned to death struggles in the hands of the executioner, knwing that he cannot save himself. And every moment he felt that in spite of all his efforts to struggles against it, he was getting nearer and nearer to what terrified him. He felt that his agony was due both to his being thrust into this black hole and still more to his not being able to get right into it. What hindered him from getting into it was the claim that his life had been good. That justification of his life held him fast and would not let him get forward, and it caused him more agony than all.

All at once some force struck him in the chest, in the side, and stifled his breathing more than ever; he rolled forward into the hole, and there at the end there was some sort of light. It had happened with him, as it had sometimes happened to him in a railway carriage, when he had thought he was going forward while he was going back, and all of a sudden recognised his real direction.

Tolstoy makes a bit of mistake in his 'blocking' here. Ivan becomes quiet, he says. Then his son comes into his room 'at that very moment' while 'the dying man was screaming and waving his arms.' But such a lapse is forgivable given the intensity of the emotion he is trying to present. His son cries and kisses his father's hand. "He opened his eyes and glanced at his son. He felt sorry for him. His wife went up to him. He glanced at her. She was gazing at him with open mouth, the tears unwiped streaming over her nose and cheeks, a look of despair on her face. He felt sorry for her."

Pity for the plight of humanity replaces the hatred of its hypocrisy and the fear of death that had lodged in his soul.

"And all at once it became clear to him that what had tortured him and would not leave him was suddenly dropping away all at once on both sides and on ten sides and on all sides. He was sorry for them, must act so that they might not suffer. Set them free and be free himself of those agonies. 'How right and how simple!' he thought. 'And the pain?' he asked himself. "Where's it gone? Eh, where are you, pain?' ... He looked for his old accustomed terror of death, and did not find it. 'Where is it? What death?' There was no terror, because death was not either.

In the place of death there was light.

'So this is it!' he suddenly exclaimed aloud.

The irony for poor Ivan Ilych is that this revelation comes too late in his life for it to have any meaningful effect. He can't relive his life knowing what he knows now. Moreover, in his condition he is unable to impart this insight to his family. Embrace the fact of mortality, examine life in all its finitude, and try to live as one ought by easing the pain and suffering of others. It is a good message. The kind of thing you can hear on weekends at any number of churches, synagogues, mosques, ashrams, or temples all around the world. The literary power of it comes in Tolstoy's parallel portrayal of pain and epiphany. Ivan Ilych's enlightenment comes at the terrible price of his suffering. He earns his epiphany through suffering and irony. In dying he embraces death—albeit too late.
Posted by Jim H. at 23:40

Email ThisBlogThis!Share to TwitterShare to FacebookShare to Pinterest
Labels: The Death of Ivan Ilych, Tolstoy, Ur-story