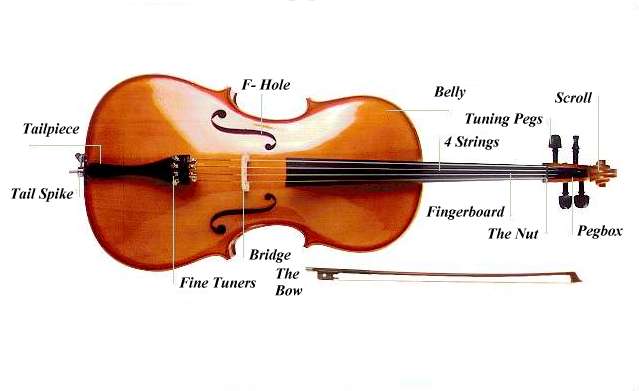 Let's say you read Jose Saramago's Blindness and it left you breathless, its relentless bleakness letting up only in the final page with maybe a ray of hope for humanity. Then you went to see the movie, found it a more than competent realization, devastating in fact. And along the way you had read his The Double and enjoyed it, though wasn't completely grabbed by the premise.

Now you find Saramago has a new novel translated into English: Death With Interruptions. Naturally you're wondering whether you should allocate your most valuable capital resource—TIME—to read it. There's a good chance you're going to love it. Then you read this: James Wood's review in a recent New Yorker. He calls it a "thought experiment":

“Death with Interruptions” is a small-ish, toothy addition to a great novelist’s work. It efficiently mobilizes its hypothetical test case, and quickly generates a set of sharp theological and metaphysical questions about the desirability of utopia, the possibility of Heaven, and the true foundation of religion. ...

He is in some ways the least fantastical of novelists, because he so relentlessly persists with his fictional hypotheses, following them through to large, humane conclusions. His new novel gradually becomes less and less conceptual, and increasingly affecting, without ever becoming in any conventional sense realistic, or even plausible. ...

In his new novel, Saramago again asks us to reflect on the storyteller’s godlike powers. When Death’s letter is published in the newspapers, a grammarian is consulted, and notes its “chaotic syntax, the absence of full stops, the complete lack of very necessary parentheses, the obsessive elimination of paragraphs, the random use of commas. . . .” Death writes like José Saramago. As Death watches the cellist drink, Saramago writes that she looked at the water “and made an effort to imagine what it must be like to feel thirsty, but failed.” The reader wonders: if Death cannot imagine thirst, can she possibly imagine death? And can the novelist? One answer that Saramago offers—it is the wide, universal, antique truth toward which his complex fiction has been travelling—is that if we neither recoil from death nor religiously long to vanquish it, but, rather, accept the old actuality that in the midst of life we are in death, then death surrounds us like life, and to imagine death is really to imagine life.

I felt this was one of the best written reviews I've ever read from Wood and proves again why, love him or loathe him, when he is on he is a must read. It tells me precisely what I need to know: solid contribution to the work of a great novelist, humane, imaginative, profound. As well, it provides important quotes from the book. I want to read this novel.

Then, I read this: D.T. Max's review of the same book in the back pages of the New York Times Sunday Book Review section.

The Nobel Prize in Literature is a confusing gift. The glamour, the affirmation, the open invitation to publish — these are not always healthy for a writer. One hoped José Saramago, the Portuguese author who became a laureate in 1998 at the age of 75, would emerge unaffected. He is a writer of great discipline who became well known only in his 50s. But the skinny novel “Death With Interruptions,” following on the heels of the equally uncertain “Seeing,” suggests he is not immune. ...His work today feels by comparison begrudging and also a bit unfocused.

Ouch! I'm instantly put off it. Then he asks:

So does the cellist represent the power of art? Or is he the working class and death the International Monetary Fund? Or maybe he’s just a guy who got lucky with the wrong girl? Saramago’s not saying. Indeed the feel of this book is really the sound of no sound, of the unsaid and the unsayable and the too tired to say. Maybe this is just Saramago growing old. Writing novels is hard work. Or maybe even this committed novelist has thrown up his hands at modern life.

Wood's review provides an interpretation and context for the novel within the writer's oeuvre, literature in general (Dostoevsky), and, surprisingly, in philosophy. Max's review summarizes the plot in a literal manner—especially the second part—and laments that the novel does not easily yield up its meaning. So what's a boy to do?

Frankly, Wood's review is the more persuasive. I will read the book, but I will probably read what Wood calls "perhaps his greatest book, “The Gospel According to Jesus Christ” (1991)" first. As for Max's review, I find myself with a similar dilemma in a story I'm preparing for submission. The story, like Chekhov's "The Darling" and Barthleme's "The School" is a serial story. The structure of the piece repeats with only slight variations, setting up certain expectations in the reader which are then surprisingly sprung. Dickens's A Christmas Carol is another example. I keep going back and forth with the ending: whether to close it off in a systematic sort of way consistent with the preceding sections and let the meaning be obvious or to allow the ending to open up into an enigma which recasts everything that precedes it. The first round of drafts opted for the former; the current run have taken the latter route. Max appears to have some impatience with writing where the meaning is not nicely tucked up for him, wrapped in a bow, and presented for his immediate delectation. Wood seems more at home with, for lack of a better term to hand, the 'negative capability' of the work. As do I. Thanks, Mr. Wood.
Posted by Jim H. at 16:38

It's funny -- I agree that the Wood review is the better-written; but I agree with the substance of the Times review. Death With Interruptions did not do it for me in the way that Saramago's other books have. One thing Max gets totally wrong is his dismissal of Seeing, though -- that is a powerhouse of a book, its effect when read in conjunction with Blindness is not additive but multiplicative.

A story you are preparing for submission?? Details please...

Modesto: Thanks for the rec re: Seeing. I have it on my shelf. Sounds like it's worth a read.

Nigel: Hello, again. I've had one story, entitled "Harley In Beni," accepted for publication by the Journal of War, Literature, and the Arts which is run by the English Dept. at the U.S. Air Force Academy. They are online and have published stories by two masters, Andre Dubus and Paul West, among others. This refers a second story, entitled "Smith's Faith," I hope to submit to a number of journals sometime after the first of the month. It's an absurdist fable of a naif whose every wish comes true. Currently, my first novel, entitled EULOGY is on submission (full ms.) at two separate agencies in NY and one publisher. I might have mentioned it to you over at your site.