The Personal Is the Political

Not one given to overly personal revelations here, nor to magical thinking—after all, I'm a lawyer, a rationalist philosopher—yet I find myself compelled to write this post. Please indulge or ignore, as you will.

On November 9, 2016, I made a private vow: The day the current occupant of the White House was "elected" I shaved my head and stopped trimming my beard. I promised not to let my hair grow back or to shave until Drumpf was out of office whether through electoral defeat or impeachment or coup or assassination. It was my own personal performative, prophetic (you know: mourning, sackcloth and ashes kind of thing—I'm also an erstwhile theologian) form of protest.

I had many reasons for this. I lived in New York during the '80s and '90s and knew what a damaged, mobbed-up con man this person was. I'd seen first hand his assaults on truth and decency, his greed, his amorality, his lust for acclaim and adulation, his narcissism. His evil. I also recognized how charismatic and what a genius at PR (i.e., propaganda) he was (see my pre-2016 election analyses here). I actually knew lawyers who'd represented him—in smaller, peripheral matters. The things they said...

Over the gentle protestations of wife Wisdoc, I kept my vow until Tuesday of last week. Because, you see, my only, my Dearest Darling Daughter (known in these parts as Wisdaughter) got married this weekend, and she wanted me to look presentable (and less like a bald Unabomber) for the photographs. I protested, saying that fifty years from now—long after I'm dead and forgotten—she can boast to her own kids and grandkids about her father's principles and integrity when she shows them the pictures. But she and her mother prevailed—to an extent.

I compromised my personal principles—out of love, mind you. I went to the family's long-time barber and hair dresser and had him trim my beard, shape it up. I did not have time to grow my (less than full) head of hair back.

And here's where we get to the magical thinking part. No sooner did I trim up my protest beard than the Speaker of the House of Representatives decided to submit a formal vote of impeachment to Congress. So, you tell me, which way did the causality run? Post hoc propter hoc? Mere prediction? Serendipity? Or, did my jumping the gun jeopardize any chance of humiliating and shaming this monster by running him out of office and forever blocking his spawn from public office? None of the above?

That being said, the question inevitably rises: should I take off the whole beard and start growing my sparse head of hair forthwith? 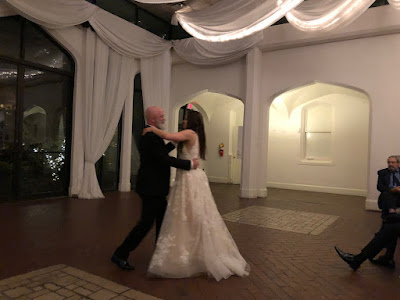