We had a serious scare over the weekend. Lily, our miniature dachshund, got out of her dog yard. I believe the termite inspector failed to close the gate properly. One of our fellow dog walkers spotted her roaming around the neighborhood and shooed her toward home. While she was out, apparently she got into some rat poisoning. This was Wednesday.

Her initial symptoms, late Friday, were similar to dehydration: low energy, hang dog look, skin ridges, etc. For the first day we treated her for that—at 2:30 a.m. Sunday, I even went to the 24/7 drug store for some Pedialyte. But she hadn't improved by morning so, on Sunday at 9:00 a.m., we took her to a 24/7 Vet. Her x-rays showed fluid in the pericardial and pleural sacs; she was bleeding into the chambers around her heart and lungs. They sent us immediately to an emergency Vet hospital across town.

Rat poison is essentially Coumadin, the blood thinner they give stroke patients—except in massive doses given the body weight of rodents. Unfortunately, Lily only weighs about 7-8 pounds, so she's not much bigger than the Norwegian wharf rats we used to see down in the NYC subways.

The Vets gave her a transfusion of plasma to stop the bleeding and reintroduce clotting. Then they gave her the antidote, Vitamin K. It was touch and go for a day and a half. She had some neurological twitches and lapses of attention, so the docs thought she was having a brain bleed. We went to visit her at what must have been the low point Sunday evening thinking this might be the last time we would see her, and she absolutely rallied when she heard my voice and started looking around the room to find me. The twitching stopped, and she was able to focus on my face as I moved across her field of vision. It was the turning point.

We got to bring her home Tuesday. She's about 85% normal now, still coughing slightly when she gets excited. But that's all part of the resorbtion process. She had blood and fluid in her lungs—pneumonia-like—and has to get rid of it slowly the way dogs do. Dogs have amazing recuperative powers. A human being in as bad shape as Lily would probably be in the hospital for weeks.

So, our gal is restored to us. Wisdoc was distraught and practically sleepless Sunday. Wisdaughter, who returns today from her study abroad, was in tears at Sacre Coeur when we told her and only relieved when we Skyped late Tuesday with Lily in my lap. Wisdomie, who's now living on Waikiki, has been in constant touch by phone. And Wesdom has been right there with her the whole way. It's amazing how emotionally attached we are to that foolish, little creature. The human-pet bond is not negligible. And it goes both directions. 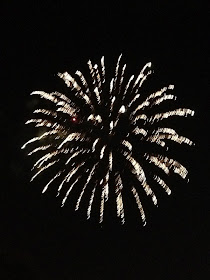